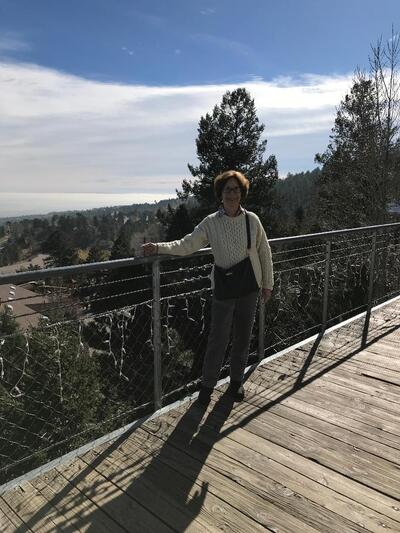 Angela Rose Osborne passed away on Thursday, Nov. 26, 2020 at her home in Cornelius after a short illnes.

Born in Newark, NJ and previously of Glen Ridge, NJ Angela moved to North Carolina in 2015 to be closer to her daughter and family. She was a retired middle school teacher.

Angela was a member of the Cornelius Library Book Club, the YMCA’s OWLS program and the Jolly Travelers.

During her lifetime, Angela traveled throughout North America and Europe. Other hobbies included attending plays, concerts and the ballet, cooking and baking. She also had a love of domestic and foreign films.

Survivors include her daughter and son-in-law, Chloe and Ryan Slattery and beloved granddaughter, Brooke McKayla. She is also survived by two younger brothers in NJ.

Angela also enjoyed the company of close friends Janis Greis, Sue Savage, Rose Phelen, and Sue Winters. She was also grateful for the expertise and friendship from her physicians - Dr. Roberto Ferraro, Dr. Kelley Lawrence and Dr. Jonathan Kuo. She will be missed dearly by all of her family and close friends.

Relatives and friends are invited to attend a memorial service at Raymer-Kepner Funeral Home in Huntersville on Thursday, December 3, 2020 from 4-6pm.

In lieu of flowers, donations to the Cain Center for the Arts in Cornelius in the name of Angela Osborne would be appreciated.

To order memorial trees or send flowers to the family in memory of Angela Rose Osborne, please visit our flower store.