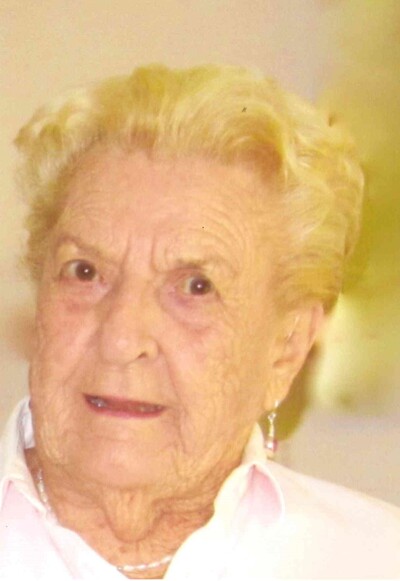 Anita Rinck, 102, of Cornelius, NC passed away peacefully on January 24, 2022 after a brief illness.

Anita was born to the late Horace and Alice Westbury in Philadelphia, PA. She grew up with her late brother, Richard, in Paterson, NJ. She married the late John Grady (1968) in 1941 and became a Navy wife during WWII. After the war, they settled in Hawthorne, NJ where she lived for the next 62 years.

Anita was a devoted wife and mother. Family and friends meant the world to her. She spent many hours volunteering for St. Clements’s Church and the Hawthorne Library. Anita was on the library board for many years and was instrumental in helping with the expansion of the Mayor Louis Bay II library.

As per Anita’s request, there will be no funeral or memorial service. Instead, she asked that you visit and spend time with a loved one. We know she is happily reuniting with family and friends in God’s arms.

Memorial contributions may be made in Anita's memory to the Alzheimer's Association, 8180 Greensboro Dr., Suite 400, McLean, VA 22102.

Condolences and memories may be shared at www.kepnerFH.com.

To order memorial trees or send flowers to the family in memory of Anita Rinck, please visit our flower store.