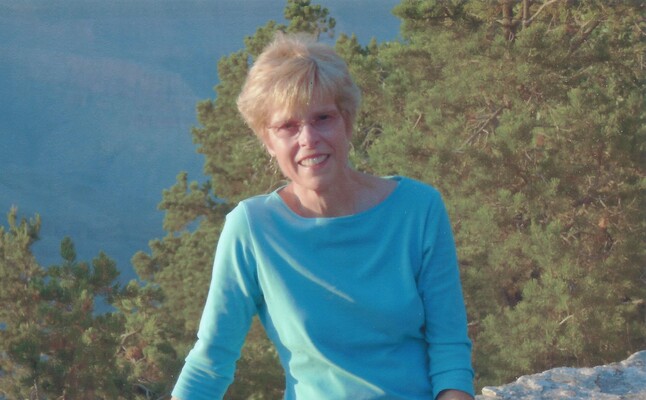 Ann Shoemaker Guild, 75, of Cornelius, NC passed away peacefully on December 5 at the Levine& Dickson Hospice House in Huntersville, NC after a lengthy battle with lung disease.

Ann graduated from Syracuse University in 1968 where she was a member of the Alpha Gamma Delta sorority.  She went on to attend and, in 1972, graduate with a Master’s Degree in Speech Pathology from Northwestern University in Evanston, IL.  It was while attending Syracuse that she met and later married her devoted husband Peter in 1969.  After returning to her hometown of Palos Park, IL, she joined DuPage Easter Seals in Villa Park, IL as a Speech and Language Pathologist for 15 years. Ann was also a Speech and Feeding Instructor with the Neurodevelopment Treatment Program.  She participated in many courses across the country teaching other therapists how to improve treatment outcomes in Pediatrics.

When she and Peter moved to Charlotte in 1989, she began her 29-year career with Child and Family Development and made an immeasurable difference in the lives of many children and families with a focus on development of feeding skills, particularly in children with cerebral palsy and premature infants.  Ann has been honoured for her dedication to improving the health of all children.

Ann’s true passion in life was traveling the world and her desire was to visit as many states and countries as possible.  Ann was able to visit all 50 states, and she and Peter travelled extensively, including the Balkans, the Galapagos Islands and an East African safari.  She enjoyed taking pictures and, more importantly, sharing those pictures and experiences with family and friends.  Ann’s family vacation home on Lake Michigan was another favourite getaway. When in Michigan she spent treasured hours sailing with her family, and she was an avid opera and symphony supporter.

Preceded in death by her parents, LaVonne (May) and Frank Shoemaker, Ann is survived by her husband of 52+ years Peter F. Guild and by Riot, their much-loved German Shepherd, as well as by brother John (Elizabeth) Shoemaker, nephews Jeff (Allison) Shoemaker and Tim Shoemaker, great-nephew Flynn Shoemaker and great-niece Wren Shoemaker, all of Chicago, IL.

A celebration of Ann's life will be held at a later date to be announced.  Special thanks to Dr. Daniel Howard (Jan and Ed Brown Center for Pulmonary Medicine), Hospice & Palliative Care/Charlotte Region and the staff at Levine & Dickson Hospice House.

Condolences and memories may be shared at www.kepnerfh.com.

To order memorial trees or send flowers to the family in memory of Ann Shoemaker Guild, please visit our flower store.