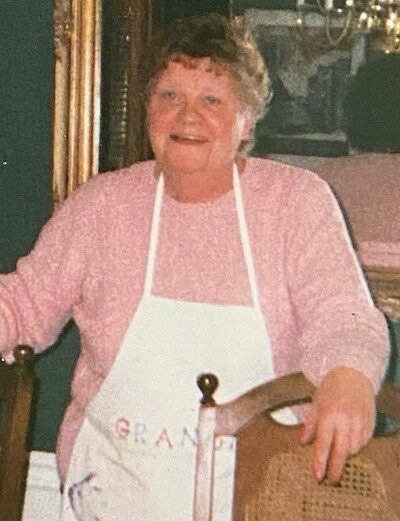 Ann Rosalind Hulton, 80, of Charlotte, North Carolina passed away on November 25, 2021.  Ann was born in Providence, Rhode Island on December 13, 1940 to the late Harriet E. Carlson and Charles E. Carlson.  Along with her parents, she is preceded in death by her husband, John Smith Hulton Sr.

Ann retired from Cranston Print Works in Rhode Island after 22 years. Ann relocated to Charlotte, NC in 2005 to be closer to family and especially her grandchildren.  She is survived by her brother, Robert C. Carlson of Phoenix, AZ.  Ann was a wonderful mother to her surviving four children, John S. Hulton, Jr. of Southborough, MA, Robert C. Hulton of Pascoag, RI, Susan A. Jordan of Washington, DC. and Anne R. Treanor of Cornelius, NC.  She also adored her 11 grandchildren.

A private service for family will be held in Rhode Island at a later date.

Memorial donations may be made to the Down Syndrome Association of Greater Charlotte.

Raymer-Kepner Funeral Home is caring for the Hulton family.  Condolences and memories may be shared at www.kepnerfh.com.

To order memorial trees or send flowers to the family in memory of Ann R. Hulton, please visit our flower store.