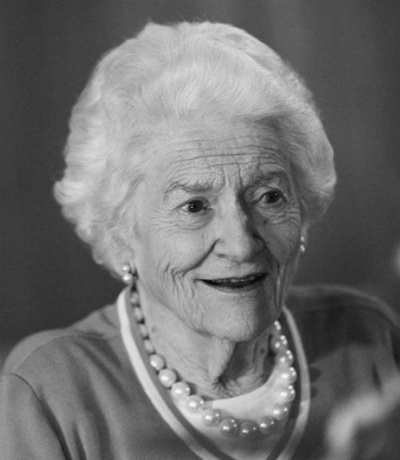 A woman of extraordinary intellect and broad education, Ava was one of the seven children of Dr. Frank E. Clark and Ava Clark. She was born on February 28, 1925 in Grundy, Virginia, where her father, a Presbyterian minister, served as a “domestic missionary” in this rural area, founding the Presbyterian School for local children.

Her father’s work as a minister and her mother’s as a teacher instilled in Ava a profound sense of the value of education. Always a brilliant student, she completed high school at age 15 and entered Virginia Intermont College before transferring to Mary Washington College.

In May of 1944, after graduating from Mary Washington, Ava began working at Oak Ridge, Tenn., as staff support for the Manhattan Project, the top-secret development of the atomic bomb that ended World War II.

Then came two years of graduate studies at the University of Pennsylvania, where Ava was the first woman to teach a course at the Wharton School, as an instructor in political science. Her studies at Penn led to a one-year visiting fellowship in the Government Department at Harvard. That’s when a chance meeting changed the course of her life.

At tea hosted by the Harvard Presbyterian Chaplain in February 1948, Ava met Sam Spencer, a World War II veteran in Army Intelligence who attended Harvard on the GI bill and completed his doctorate in American Social History. After their first date, a lecture by theologian Reinhold Niebuhr, Sam told his roommate to starting looking for someone new to share quarters.

“Why?” the roommate asked.

“Because I just met the girl I’m going to marry,” Sam said.

That marriage also meant a choice for Ava, who turned down a fellowship to study the nature of radical politics in Chile in pursuit of her PhD.

After the birth of their first son, Samuel Reid Spencer III, in April of 1950, Sam and Ava moved to Davidson, where Sam served as assistant to President John Cunningham and later as Dean of Students. Their early years together in Davidson brought the addition of daughters Ellen Blakeney Spencer and Ava Clayton Spencer.

In 1957, they moved to Staunton, Virginia, where Sam served as President of Mary Baldwin College until 1968. Years later, Mary Baldwin dedicated the Samuel & Ava Spencer Center for Civic & Global Engagement, aptly recognizing Ava’s role in a partnership that helped elevate the stature of the small women’s college in the Valley of Virginia.

A second son, Frank Clark Spencer, was born in September of 1960. During the summers of their tenure at Mary Baldwin, Sam and Ava regularly led Brownell Tours of college students to Europe, including their own children in the exposure to different countries and cultures.

In 1968, Sam and Ava and their children returned to Davidson, where Sam served as president for 15 years, with Ava as the consummate partner in the intellectual life of the college and the architect of the warm and generous hospitality of the President’s House.

In 1983 their journey together took them to Richmond and the Virginia Foundation for Independent Colleges and ultimately back to Davidson in 1988, first to a house on Lorimer Road—the same street on which they lived when they first came to Davidson in 1951—and finally to The Pines, the retirement home they had helped to found years earlier.

In 2009, a gift to Davidson from close friends Marcus and Carole Weinstein established the Spencer-Weinstein Center for Community and Justice, honoring the service, leadership and generosity of both couples.

The marriage of Ava and Sam Spencer was the essence of unwavering love and respect, a perfect blend of two human beings ideally suited to each other. Straightforward and practical on the one hand, Ava also possessed a ready wit and a mischievous sense of humor. But her special gifts were the kindness and love she gave freely to any willing recipient.

After Sam’s death in 2013, Ava lived with determined independence, remarkable courage and unquenchable spirit until her own passing in August.

The Spencer family is under the care of Raymer-Kepner Funeral Home, Huntersville.  Online condolences may be left for the family at kepnerfh.com.

To order memorial trees or send flowers to the family in memory of Ava Spencer, please visit our flower store.