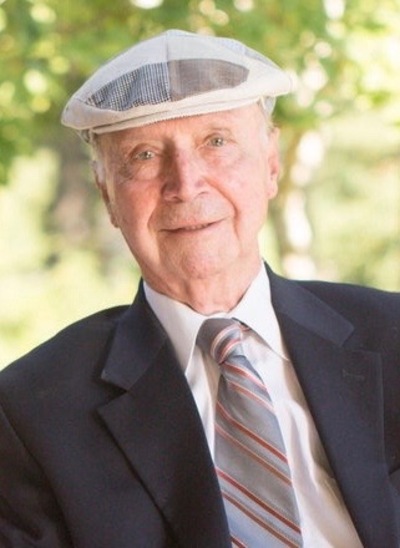 Charles Kendall Schramm, “Chuck,” (90) passed peacefully on May 24th, 2020.  Chuck, the son of Charles Schramm and Lily Jaeck, was born in New York City, New York on March 1st, 1930.  Chuck was a graduate of Massachusetts Institute of Technology, where he received a degree in chemical engineering. Upon graduating, he joined the U.S. Air Force and was stationed at Wright Patterson Air Force Base in Dayton, OH. At Wright Patterson, he was a First Lieutenant for two years during the Korean War.

It was in Dayton, OH where he met the love of his life, Marilyn, to whom he was married to for 67 years. Upon completion of military service, Chuck and Marilyn left Dayton, settled in Brooklyn, NY for two years, and then relocated to Westfield, NJ. It was in Westfield, where Chuck and Marilyn lived for 25 years, and raised their two sons and two daughters, Tom, Steve, Laurie, and Karen.

During the hectic years of child raising and working at Exxon, Chuck went on to get a master’s in chemistry and an MBA with a concentration in marketing from Rutgers University. Chuck became Vice President of Research and Development at Colloids in Newark, NJ remaining there until 1980. Colloids acquired North Chemical Company in Marietta, GA and Chuck was promoted to General Manager of the plant and transferred to Marietta with Marilyn. He remained in this position through several company acquisitions, including Rio Tinto Zinc and Rhone Poulenc. Upon retirement, Chuck was asked by the company to remain on as the Director of International Development, which he did for about another decade.

Chuck was a kind, gentle and patient man, and most enjoyed spending time with his large family which includes four children, 13 grandchildren and six great grandchildren.Chuck was an active member at Peachtree Presbyterian Church for 37 years, and he also was passionate about the Salvation Army, where he volunteered for several decades.

Sign online guestbook at: www.kepnerfh.com/obits .In lieu of flowers, the family requests that donations be made to:  The Metro Atlanta Salvation Army­­­­­­­­­­­­­­­­­­­­­, 1000 Center Place, Norcross, GA 30093. In the memo section please put “For ARC”. Due to COVID restrictions in the state of NC, a private family Memorial will be held in Chuck’s honor on June 6th, 2020.

To order memorial trees or send flowers to the family in memory of Charles Kendall Schramm, please visit our flower store.