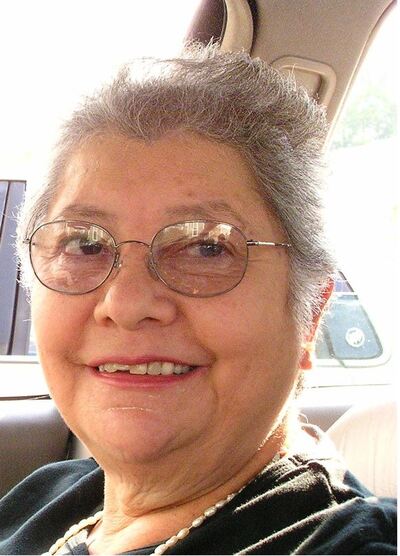 She was born in Sogamoso, Boyaca, Colombia, on July 18, 1939. Daughter of the Colombian landowner Jose Maria Prieto Solano and the Chilean diplomat Ana Maria Hernandez Parker, she did elementary school in Bogota. She graduated from high school in Santiago de Chile when the instruction of young ladies included business knowledge.

In 1963 she immigrated to Los Angeles, California, and made Glendale, the Jewel City, her home a couple of years later. She attended Glendale Community College to master her English. Her first job was in the Bank of America. Then she was an office manager for Angelica Health Services and a bookkeeper for Hess Department Stores. In 1985, she became an internal auditor of Weber's Bread, a national corporation with a factory in Southern California.

In 1995, she was honored with the Woman of the Year Award for Verdugo Glen Chapter of the American Business Women's Association (ABWA). As an American Citizen, she voted in every election.

Clarita was a joyful, transparent human being with an extended group of friends. "Those blessed to know my mom can all attest to her kindness, giving, humor, charming stubbornness, her easy-going nature, silliness, loyalty, manners, and taste," said her son, Armando José, about Clarita.

During her last two decades, she devoted her affection to "Rocky," her Shih Tzu, and "Friday," her Labrador, died years ago.

To order memorial trees or send flowers to the family in memory of Clara Elsie Prieto Arlt, please visit our flower store.