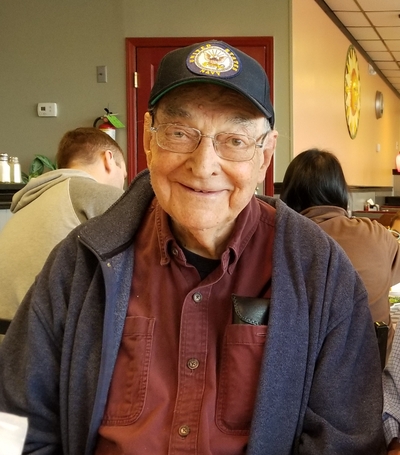 Bud was born September 6, 1927 in Indianapolis Indiana to the late Harry and Willie Lytton Maxson.  He worked for Indiana Bell Telephone Company for 40 years. Bud was a proud member of the Lynhurst Masonic Lodge Free and Accepted Masons #723.  Bud also served proudly with the USNavy during WW2.  Bud was incredibly handy, there wasn’t anything that he put his hands on that he could not fix. He loved being outdoors and especially around lakes. In his life, Bud had many earthly accomplishments, but the greatest and most precious identification is as a follower of Jesus Christ, his Lord and Savior.

A Celebration of Life honoring the life of Bud will take place in June 2021 in Indianapolis, details will follow.

To order memorial trees or send flowers to the family in memory of Clarence R. Maxson, please visit our flower store.