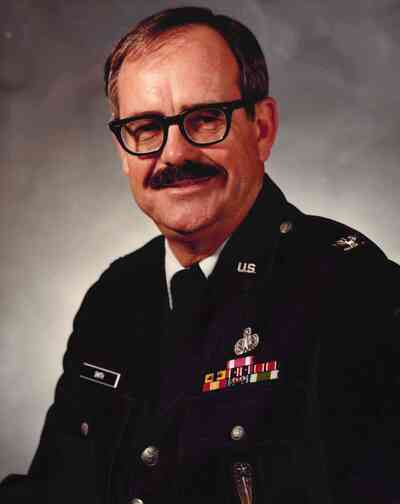 Colonel James Sidney (Sid) Smith, 84, of Cornelius, NC passed away peacefully in his sleep on the morning of March 3, 2022. Sid was born in Alexandria, Indiana on January 4, 1938 to the late John Smith and Garnet Johnston Smith. Along with his parents, Sid was preceded in death by his brother, Roger Patrick Smith. Sid’s parents had three babies that died at birth before having Sid, this made him very special from the beginning. He became the oldest of six brothers and sisters. He attended Purdue University in Indiana, graduating in 1960 with a B.S. in Agriculture. He immediately joined the United States Air Force with the intention of becoming a pilot. During his pilot training, he discovered he was great in the air but not good at getting back on the ground. Both he and his flight instructor decided he needed to pursue a different Air Force career. He was assigned to NASA in Houston for several years where he worked on the Gemini program and the Apollo space program. Years later he worked on the system safety program for the space shuttle. His final assignment was Commander of the Western Test Range at Vandenberg Air Force Base in California. Sid spent 24 years in the space and missile program, retiring as a full Colonel in 1985. After retiring from the Air Force, Sid worked for several small aerospace companies in California, Florida, and Huntsville, Alabama. He also taught system safety classes in Germany, Italy, and Singapore to engineers from around the world.

Upon retiring from the workforce, his attention shifted to other passions, including creating habitats for native birds, leading nature walks, and protecting the environment. He was active in the Lake Norman Wildlife Conservancy, the North Carolina Wildlife Federation, Retired Men’s Group of Lake Norman, and worked with the city of Cornelius on the development of Robbins Park. Sid never met a stranger, had many, many friends that he kept in touch with through the years, had a great sense of humor, and had boundless energy until the last few years when various illnesses slowly began to limit his life.

A celebration of life will be held at Raymer-Kepner Funeral Home in Huntersville, NC on Saturday, March 12, 2022 at 4:00pm followed by a reception. Memorial contributions may be made to Thrive Now Therapy of Huntersville or the North Carolina Wildlife Federation.

To order memorial trees or send flowers to the family in memory of Colonel James Sidney (Sid) Smith, please visit our flower store.