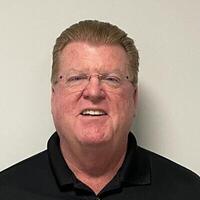 Daniel graduated from Peoria Central High School in 1975 and went on to earn a Bachelor of Arts from Western Illinois in 1979. He started his career in the automobile business working as a porter for his father. He worked in many positions over the years leading to general manager. He had the opportunity with Vernon Krause to become a partner of Krause Auto Group starting in 1996.

Daniel was best known for boating, golfing, and he enjoyed traveling the world.

Daniel is preceded in death by his father Gil Parks, and mother Marge Parks.

The service for Mr. Daniel Parks will be held on October 2nd, at 2pm at Lake Forest Church Huntersville.

A Livestream of the service will be viewable at https://www.youtube.com/watch?v=O3f2oxfsRBU

Memorial donations can be made in Daniel's name to Storyhill Church building fund  https://onrealm.org/Storyhill/-/form/give/now

To order memorial trees or send flowers to the family in memory of Daniel Parks, please visit our flower store.