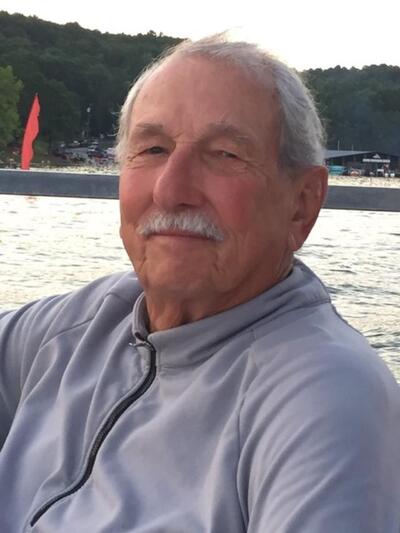 Retired United States Air Force Lt. Colonel David Lee Griffith, fondly known as Griff, earned his second set of wings with his passing on Saturday, February 19, 2022.  Griff was born on September 16, 1936 in Port Arthur, Texas to Effie and Earl Griffith and had two brothers, John and James, who both preceded him in death.  From day one, Griff was a force to be reckoned with as his mom, Effie, would always tell the story of having to clip him to a clothesline to keep him from running off, but in true Griff fashion, he let her know he could unhook it himself at any minute but he was just being nice by not doing so.  Griff graduated from Thomas Jefferson High School, Port Arthur, Texas in 1955 and on a dare, showed up with five friends to take the entrance exam for the United States Air Force.  Well, the dare paid off and Griff was accepted to the USAF flight school in 1956.  What followed was an exemplary career in the USAF, where he proudly flew fighter jets in the 122nd Tactical Air Guard in Fort Wayne, Indiana for 40 years, honorably retiring in 1996.  The stories are legendary from his years in the guard and most can’t be told in polite company, but guaranteed, Joe Ash-Hole-EE and his many guard friends and colleagues were there to welcome him to the Officers Club upon his passing on Saturday night.  Griff’s “real job” was as a pilot with United Airlines for 37 years.  He earned the rank of Captain, and proudly flew thousands of flights across the world during his distinguished career with United Airlines, flying the friendly skies.  We loved hearing the tales from his flights as Captain of the 737, 747 and 767 aircrafts as he jetted across America, Japan, Great Britain, Australia and beyond.Griff was not only a legend in the skies but on the fairways and greens of every golf course he played in his part-time job as a golfer.  He spent many happy days on the course at Pine Valley Country Club in Ft. Wayne, Indiana and later at South Shore Country Club in League City, Texas.  We’re sure there will be many dollar-a- putt bets that will be cleared this week in his honor and toasts raised at the 19th hole.The last frontier he conquered, well sort of, was the sea.  Griff loved his sailboat Rinka and sailed many nautical miles with friends and family in the Gulf of Mexico and Caribbean and it was always an adventure.  His daughter lovingly called the boat, “the bad ship lollipop”, but for Griff, he loved every minute on Rinka, sailing the ocean blue and making many memories. We’re sure upon news of his passing, Coast Guards across the southeast will raise a toast in his honor and reduce their search and rescue staffs accordingly.The legacy Griff was most proud of was his family, well besides his hole-in-one at Pine Valley in 1986, and he will be sorely missed by his children, grandchildren and many nieces and nephews.  Griff started his family when he married Celeste Maudine Pruitt (deceased in 1992) in 1964, and they had three children and made many wonderful memories over the years.  Griff loved to spend time with his family at Fairfield Bay, Arkansas where many hours were spent on the lake, the golf course and on the front porch sharing tales of his many adventures and making memories with his children and grandchildren.  In 1995, Griff married Amelia Godbold Boyd and they lived happily in League City, Texas enjoying retirement with travels and family until Amelia’s passing in 2017.  Griff is survived by his three children: Trent Tucker, Ft. Lauderdale, Florida; Anita Barber (Barney) of Fairfield Bay, Arkansas and Jana Watt (Iain) of Davidson, North Carolina and Amelia’s two children Kevin Boyd (Diane), Port Naches, Texas and Kristi Boyd, Channel View, Texas.  His legacy and love will be carried on by his grandchildren Madison and Jackson Barber, Ella and Ava Watt, and Amelia’s grandchildren Tristian, Taryn and Tucker Boyd, and Colton Capuano.The family would like to particularly thank the amazing staff at Cadence Mooresville for their care and compassion.A private ceremony was held in Huntersville, NC and a memorial service will be held at a later date in Fairfield Bay, Arkansas.  As you revisit memories of Griff, please raise a glass of red wine in his honor and think of his favorite song by Willie Nelson (sung often to his kids at their curfew time):“Turn out the lights, the party's overThey say that, 'All good things must end'Let's call it a night, the party's over”

To order memorial trees or send flowers to the family in memory of David Lee Griffith, please visit our flower store.