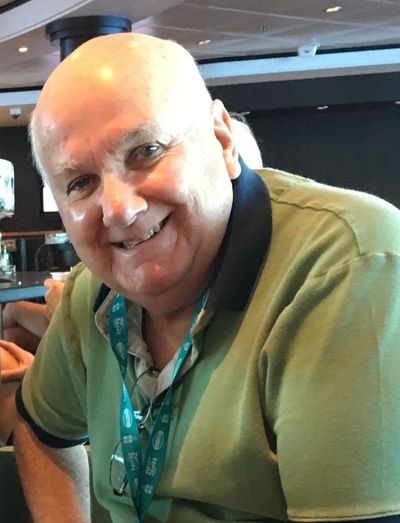 Douglas Bostwick Laurencelle, age 76, of Cornelius, NC, passed away on May 14, 2022, following a courageous 45 year-long battle with multiple sclerosis.

Doug was born in Lowell, MA, on August 11, 1945, to the late Marie (Bostwick) and Hubert Irwin Laurencelle.  He grew up and spent most of his life in Connecticut before moving to North Carolina in 2013.  He was a US Navy veteran serving aboard the USS William R. Rush (DD714) for 3 years as an electronics mechanic.  He attended the University of Hartford and the Computer Processing Institute of Hartford before beginning his career as a Systems Programmer, first at Aetna Life and Casualty and then Travelers Insurance.  After retiring, he enjoyed spending time with family and friends, reading novels, particularly murder mysteries and science fiction, listening to music, and using his computer for games and sharing jokes. He loved to travel, especially taking Blues Music themed cruises to the Caribbean and the Mexican Riviera.

There will be no services at this time.

Memorial donations may be made online at https://mssociety.donordrive.com/campaign/Douglas-Laurencelle-Memorial

To order memorial trees or send flowers to the family in memory of Douglas Laurencelle, please visit our flower store.