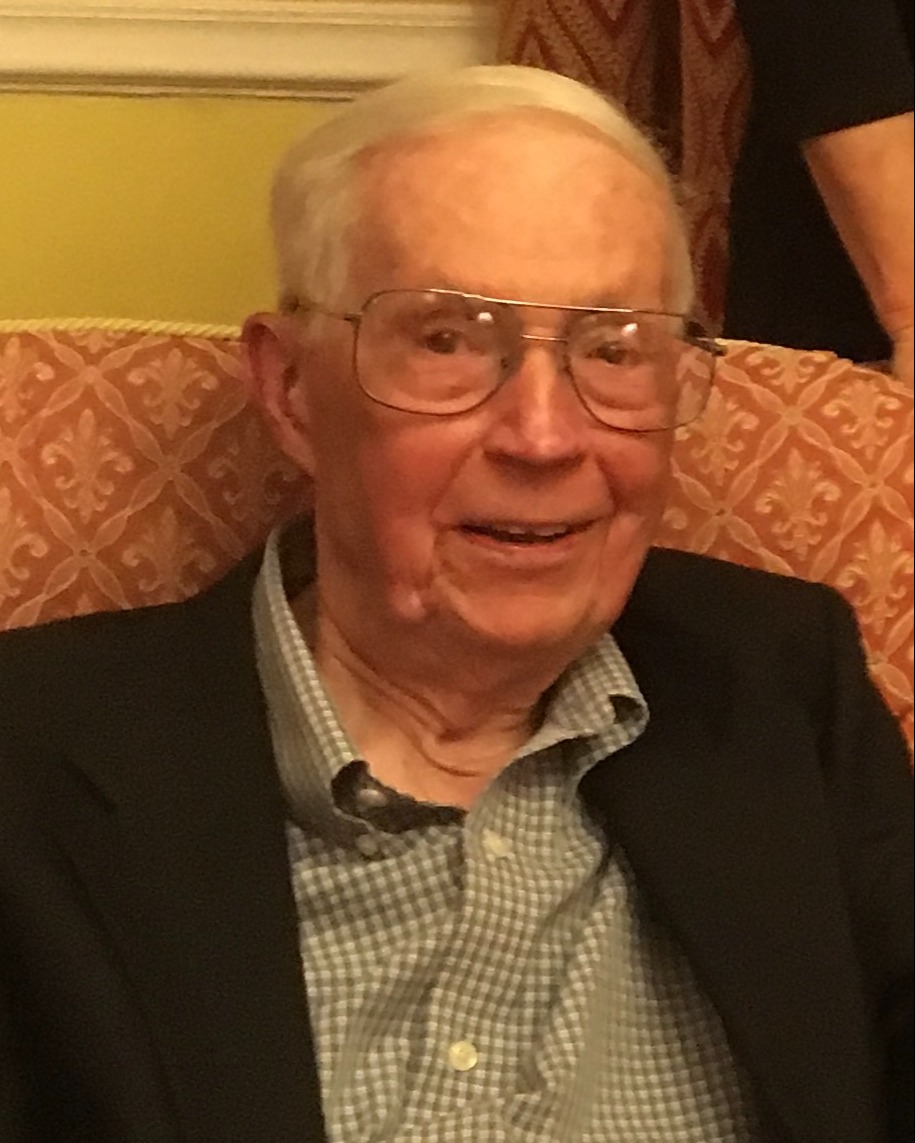 Ed Eadie lived an amazing 99 years before passing away on December 26, 2022 after a long struggle with Parkinson’s disease.  He enjoyed a rich and exciting life with his wife of 74 years, Virginia Grantham Eadie, who turns 100 later this year.  After meeting in their church fellowship group in Little Neck NY, they both attended Queens College and married in January 1948.

As part of the “greatest generation”, Ed served in the US Army Air Force and flew P-51 fighter jets over the China-Burma hump.  He earned several metals, including the Distinguished Flying Cross.  Ed would later serve again in the Korean War from 1951-53. By then a father of two young boys, he stayed stateside stationed at Langley Air Force Base.

After returning from overseas and finishing his college degree, Ed began a long career with IBM as a marketing & sales representative in New York City for the banking industry.

Retiring after 40 years, Ed & Ginnie spent every summer at their cottage in Vermont, volunteered for church projects, and enjoyed many years of travels.  Ed’s curiosity about other cultures, foods and its people took them to many locations around the world and endless National Parks across the US.  Their last trip outside the US was at age 92!

Ed and Ginnie moved to the Pines over 17 years ago to be near their daughter, Jean.  Residing in a cottage on Azaelea Court, they enjoyed many new friendships, became actively involved in the Pines activities and supported local charities like ‘Meal-On-Wheels’.

A celebration of Ed’s life will be held at United Davidson Methodist Chapel on March 10, 2023 at 2 pm.  This would have been his 100th birthday!

In lieu of flowers, the family asks that you consider a donation to one of Ed’s favorite charities and causes:

In addition to his wife Ginnie, survivors include his sons Dave of Springfield VA, Bob of Gloucester VA, Scott of Hinesburg, VT and daughter, Jean Maillie-Eaton and her husband David of Cornelius, NC.

Raymer-Kepner Funeral Home & Cremation Services is caring for the Eadie family. Condolences and memories may be shared with Ed's family at www.KepnerFH.com.

To order memorial trees or send flowers to the family in memory of Edwin Fairbairn Eadie, Jr., please visit our flower store.