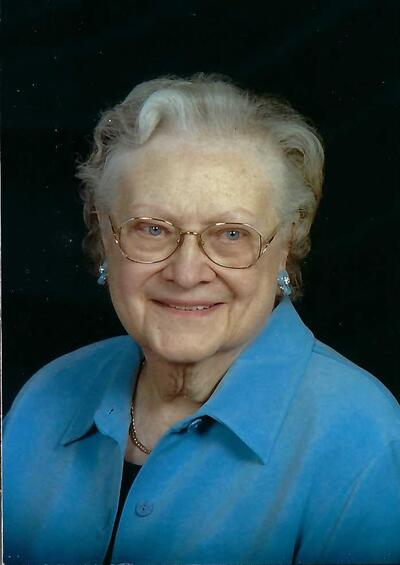 Elaine was born on April 12, 1932 in Red Wing, MN, the daughter of the late Rev. Clifford and Hazelle Lindberg.  She graduated from North High School in Worcester, MA in 1950.  Upon graduation from Hamline University School of Nursing in St. Paul, MN in 1953, Elaine held various positions in the nursing field, including Director of Nursing at three nursing homes prior to her retirement after a 40-year career.  Most recently, Elaine was the Co-Founder and Bookkeeper of Mail Center Plus in Wheeling, WV.  She was an active member of the Women’s Club.

Elaine was preceded in death by her beloved husband of 33 years, Bob.  Bob and Elaine have five children; Steve (Erin) Merrick of Charlotte, NC, Sharry Swaret of St. Paul, MN, Candy Weiss of Oakdale, MN,  and Bunny Alton and Annie Merrick, both deceased.  Elaine was blessed with fourteen grandchildren and many great and great-great grandchildren all living in various parts of the United States.  She was also preceded in death by her loving sister, Beverly Swanson, and is survived by her Brother-in-Law, Roger Swanson of Newton, IA, a niece Rachel (Terry) Faidley of Colfax, IA and a nephew, Philip (Kimberly) Swanson of Flemington, NJ, and many great nieces and nephew.

Elaine will be most remembered as a person who loved God and was a passionate, lifelong Medical Caregiver.  The Memory Care Facilities, where she resided the last years of her earthly life, would often smile at her recall and suggestions of how to care for the current patients and run the facility! A testament to Elaine’s life was received after the final family visit, when a caregiver at Brookdale Memory Care shared that she is pursuing her Nursing Degree in part due to Elaine’s inspiration.

Internment will follow at the convenience of the family at Hillside Cemetery in Minneapolis, MN.  Online expressions of sympathy may be made to Raymer-Kepner Funeral Home at www.kepnerfh.com

To order memorial trees or send flowers to the family in memory of Elaine Alyce Merrick, please visit our flower store.