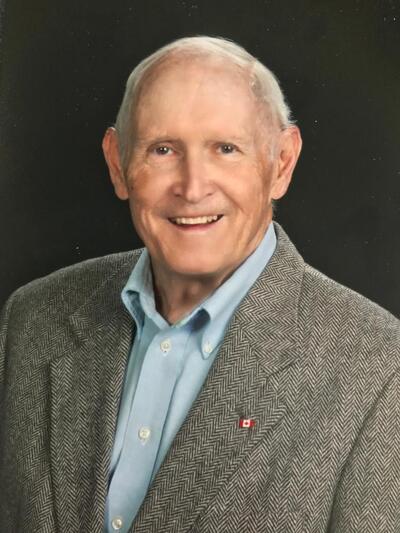 Gene was born in Columbia, SC on January 19, 1936 to parents Eugene Joseph McManus and Minnie Grace Kelly.  While in high school, Gene earned his Eagle Scout award and excelled at math and science.  He earned a B.S. in Physics from Auburn University and a M.S. in Math from the University of Alabama.  After graduating from Auburn, Gene received his commission in the US Army and was a 2nd Lieutenant in the US Army Signal Corps.  Gene married Rene Thompson of Waynesboro, Georgia and began his early career at Redstone Arsenal in Huntsville, Alabama.

In 1965, Gene accepted a position at Raytheon, moved to Stow, Massachusetts, and spent the next 25 years working in various positions throughout Raytheon’s missile systems division.  While at Raytheon, he completed his MBA from Clark University in Worcester, MA.

Gene loved math, physics, the Red Sox, discussing politics and history, and sharing his skills as a volunteer.  After retiring from Raytheon, Gene moved to Pictou, Nova Scotia which would later become his adopted home.   During retirement, Gene taught at the university level in Japan, South America, and Europe.  He earned a PhD in Economics and was always happy to start a discussion on math, economics, or the current political climate.

From his farmhouse on Caribou Island, Gene enjoyed dramatic views of the ocean, the constant breeze across the strait, and trading daily emails with his friends and family around the world.  He enjoyed meeting his friends for early morning coffee at Tim Horton’s, the congregation and friendship from the Pictou United Church, and volunteering throughout the Pictou community.

Gene was a kettle watcher for the Salvation Army, helped with Meals on Wheels, assisted with the Pictou Lobster Festival, took part in various church activities, and was known lovingly throughout Pictou.  In 2015, Gene was awarded the Provisional Volunteer of the year award for Pictou county – an honor he cherished.

Affectionately known as Gene, Big Gene, Dad, Grand Pa, and Daf, he will be deeply missed.

A private family service is planned.

In lieu of flowers, the family is requesting any remembrance or donations be sent to:

The McManus family is under the care of Raymer-Kepner Funeral Home.  Online condolences and memories of Gene may be shared at kepnerfh.com

To order memorial trees or send flowers to the family in memory of Eugene Joseph McManus, Jr., please visit our flower store.