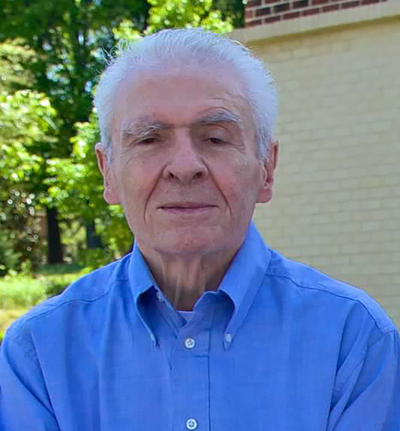 Felix McGovern was born the seventh child of Catherine and Thady McGovern in Bawnboy, County Cavan, Ireland on August 31, 1936.  He grew up on the shore of Moneen Loch, Cordressogagh, Dowra, Co., County Cavan with his eight brothers and sisters.

After serving in the Irish Army as a teen, he worked various jobs from exercising racehorses in Ireland to factory work in England to earn his passage to America.  Upon arriving in New York City, he joined the US Army and served for two years.  After leaving the army, Felix vowed never to do physical labor again and, despite only having had a formal education through the sixth grade, he was able to get a job at IBM as a computer operator.

Felix had a keen analytical mind but was also a gifted artist.  He was obsessed with learning.  He obtained his GED, and then got a real high school diploma.  He later enrolled at Pace University and graduated with a degree in accounting.  By this time, he had advanced in his computer programing career and was a systems analyst with various New York brokerage firms and insurance companies.  His daughters never remember a time when he wasn’t going to school – to advance in his career or simply expand his knowledge base.  Despite growing up in a house with no running water or electricity, he loved technology and even learned to program in Java and C++ in his retirement years.  He also loved world history – especially Irish history.  He instilled the passions of lifelong learning and pride in ones’ cultural heritage in his children.  He epitomized the American Dream.

Felix left the NYC region and retired to Huntersville, NC in 2004 with his wife, Christina Brennan McGovern.  Living close to his daughter, Deirdre and her husband, Edward, Felix was able to play a very active role in his granddaughter, Eva’s life.  He also enjoyed visits from his other granddaughters, Lindsay Bater Ede, Sophia Young and Fiona Young.  In his final years, he was very appreciative of the care and support provided to him by his daughter, Deirdre.

Felix passed away peacefully in his home with his family around him on August 23, 2021.  In addition to his wife of sixty years, Felix is survived by his daughters, Christina McGovern Bater (Andrew), Patricia McGovern Young (Tim), and Deirdre McGovern Hurley (Edward) as well as his four granddaughters.

A funeral mass will be held at 11:00 am on Monday, August 30th at St. Marks Catholic Church in Huntersville, NC.  There will be no public viewing or calling hours.

To order memorial trees or send flowers to the family in memory of Felix McGovern, please visit our flower store.