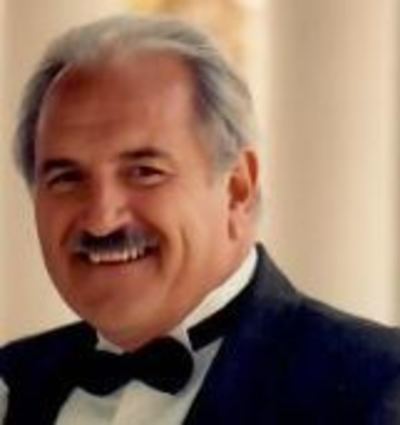 Forest was born October 30th, 1933, to the late Willard and Delora Jackson, in the Powderly/Central City area of Kentucky. In his industrious early years, his family relocated to Dearborn, Michigan, eventually ending up at Dearborn High School. There, he played high school football and basketball for the Dearborn High Pioneers. Following high school, he continued his football career as a freshman at Hillsdale College, where he lettered as a freshman halfback. After completing his freshman year, he transferred to the University of Michigan, beginning the start of a rich, lifelong association with the Michigan Wolverines. Continuing the pattern of his early teens, he worked at odd jobs of all types to remain enrolled at Michigan and ultimately graduated with a hard earned Bachelors of Science on June 15th, 1957.

Upon graduating, Forest was hired by Abbot Laboratories, where he began a career in sales and marketing that would lead to a position with Dow Chemical, and later, Union Carbide in Manhattan. In 1967, Forest returned his family to Dearborn, where he worked for the York Rubber Company prior to founding the first of several companies that he would go on to start. He would later come upon one of his most passionate endeavors, that of mentoring others, developing relationships which carried on to his final days.

In retirement, he moved to Davidson, North Carolina, where he engaged his many neighbors on his long walks, never shy to offer a friendly, or even sometimes pointed opinion on his way back to the friendly confines of his porch and a favorite cigar.

An avid reader, Forest was equally comfortable listening to classical music, engaging in long philosophical conversations with the tradesman or CEO, taking in the occasional stint at the nearest blackjack table, or taking in an evening of dancing with a companion. He returned home each day to his later years’ companion, his King James Bible, bookmarked with pictures of his family, friends, and notes from his many years’ journeys as well as his favorite hymn, Amazing Grace.

This lifetime of experiences formed the basis for what he will most be remembered for in his later years, his unfiltered authenticity and eclectic sense of humor. He encountered life’s full spectrum of emotions, sadness and laughter, success and disappointment, and love and loss, yet always rose to explore the new day…GO BLUE!

Forest was preceded in death by his parents, Willard and Delora Jackson, as well as his sister Jane. He is survived by his brother Robert (Judy), sister Doris, daughter and son in law Lori and Martin Imhof of San Diego, daughter Sara Jackson of Naples, son and daughter in law, Reed and Lori  Jackson of Cornelius, NC, his three grandsons, Drew Imhof, Jordan Jackson, and Matt Jackson, and numerous nieces and nephews.

A service to remember him will take place in Michigan in April. In lieu of flowers, donations can be made to The Ada Jenkins Center in Davidson, NC. www.adajenkins.org

To order memorial trees or send flowers to the family in memory of Forest Ray Jackson, please visit our flower store.