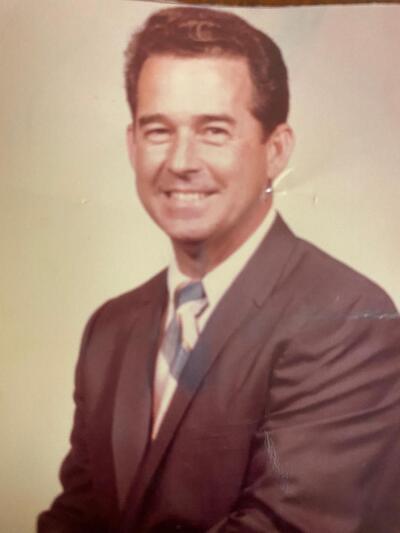 He was born May 1, 1930 to Dora and Edgar Digh, all of whom were Charlotte natives.  He began working as a paper boy when he was only 8 years old, and did not stop working until he retired as the Manager of Patent Scaffolding Company.  He and his late wife, Cecelia, were able to enjoy many years in retirement playing golf, traveling the country in an RV, and living at Ocean Isle Beach.

Frank was a hard worker, and there was nothing he could not build or repair.  He was an engineer and a natural artist.  He was a self-taught mandolin, guitar, and harmonica player.  He was also a talented woodworker and carver, making many things over the years with all of his tools.

Frank will be remembered for all he contributed to the lives of those were blessed to know and love him.  Frank's family finds great joy in knowing that he is in Heaven with Jesus having the time of his life.

Services will be held at a later date.

The Digh family is under the care of Raymer-Kepner Funeral Home, Huntersville.  Condolences and memories may be shared at www.kepnerfh.com.

To order memorial trees or send flowers to the family in memory of Frank Berman Digh, please visit our flower store.