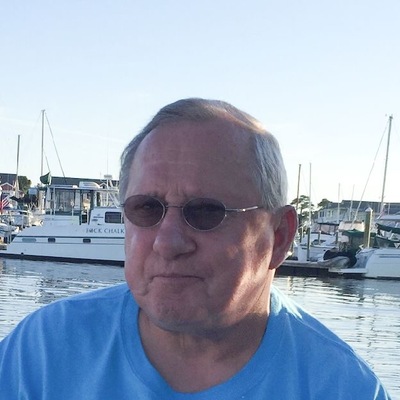 Along with his parents, Gary is preceded in death by his oldest brother, Ronnie Bales.

Gary is survived by his wife of 54 years Roberta, his son Robert and daughter in law Angela of Huntersville, NC and daughter Leigh Koontz and son in law Barry of Statesville, NC.  He also survived by his beloved grandchildren, Emily Brown and husband Chris, Anderson Bales, Avery Bales, and Myles Koontz, his sister Peggie Pagoota and husband Larry, and his brother Richard (Dickie) Bales and wife Trudy.  Additionally, he was recently blessed to learn that a great grandchild was on the way.

Gary was veteran of the US Air Force where he served as an aircraft mechanic during the Vietnam War reaching the level of staff sergeant.  After his service he returned to his hometown of Charlotte, NC to be close to both his family and Roberta’s and began a 30 year career with United Parcel Service where he logged over 1,000,000 accident free miles and received numerous honors for over 25 years of safe driving.  During his time with UPS he developed many relationships that he treasured greatly.  Until failing health in the last 2 years, he always looked forward to the monthly UPS retiree luncheon at the Tryon House and serving alongside fellow retirees at the Loaves and Fishes food pantry in Charlotte.  The family is especially grateful to his UPS family that continued to call and visit with him over the last few years.

Gary loved no activity more than fishing and was also an avid fan of NASCAR and his beloved Tarheels.  He was fortunate to be able to participate in television coverage of NASCAR events for many years after his retirement from UPS.  These were special years of his life as he was able to fully follow his passion, doing what he loved, and developing many personal relationships across the country that he greatly treasured.  Much like his UPS family he was cared for and loved by his NASCAR television family until his death.

Gary’s biggest love though were his grandchildren.  He loved them all tremendously and enjoyed hearing about their accomplishments.He was so proud of each of them and contributed significantly to the people they have become.  From fishing lessons to driving lessons he taught them life lessons in his on personal way that will never be forgotten.

The family will hold a private funeral services at 2:00pm on Tuesday, April 28, 2020 at Raymer-Kepner Funeral Home, Huntersville, NC.  A Celebration of Life event is being planned and will be announced at a later date.

In lieu of flowers the family requests that memorials be made to Loaves and Fishes Food Pantry (www.loavesfishes.org, https://loavesandfishes.org/donate-today/ ), Charlotte, NC or East Lincoln Christian Ministry (www.elcmdenver.com), Denver, NC.

To order memorial trees or send flowers to the family in memory of Gary L. Bales, please visit our flower store.