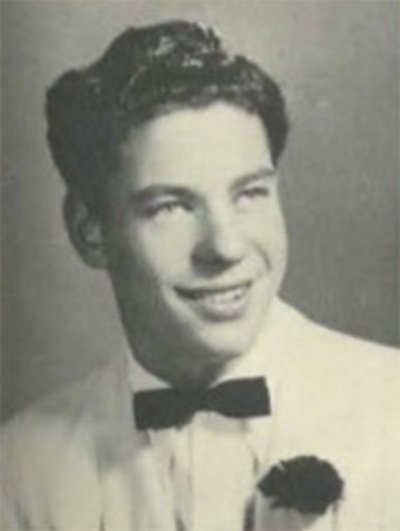 Gerald (Jerry) was born in Philadelphia, PA on August 16, 1936. He attended LaSalle high school and graduated in 1954. In high school he worked as a meat cutter and was known as a “Wicked Man with a Meat Cleaver” in his high school yearbook. He moved to Dayton, Ohio where he was employed by Western Union at Wright-Patterson Air Force Base in the 1960’s. He worked full time and went to school at night while at the same time raising a family. Jerry graduated from the University of Dayton with a BS in Engineering and received a Master's degree in Engineering Administration from Syracuse University. He worked for GE in Utica, NY and later in Valley Forge, PA where he worked on government contracts. Jerry was an avid reader and big Eagles fan! He enjoyed driving sports cars, skiing, playing golf and softball. He was also very proud of his Irish ancestry.

Gerald was preceded in death by his parents James and Madeline Sue Nolan, and his brother Tom Nolan.
Gerald is survived by his daughters Karen (Nolan) Zeltner of Charlotte, NC, and her husband Dave, and Suzanne (Nolan) Trexler of Cary, NC, and her husband Mark. Jerry had five grandchildren Paige, Bradley, and Tyler Trexler of Cary, NC and Justin and Kailee Zeltner of Charlotte, NC. He is also survived by his brother James Nolan, Jr. of North Wales PA, and sisters Sr. Barbara Nolan of Flourtown PA, Pat Neville of Gladwyne PA, and Micki Rodgers of Sea Isle City, NJ.

To order memorial trees or send flowers to the family in memory of Gerald J. Nolan, please visit our flower store.