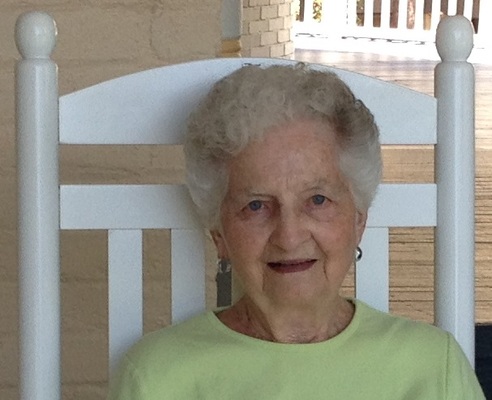 Geraldine (Gerry) Boswell Griffin passed away peacefully March 12, 2020 at the age of 91.

The only child of Russell Norman and Ernestine Louise Boswell, Gerry embarked on a childhood of adventure, often moving several times a year as her father was in the Army Corps of Engineers.  When Gerry was in high school, her parents settled in Arlington, VA, just in time for WWII and another round of traveling in the service.  Her family returned to their home in Arlington in time for Gerry to graduate high school from the same school that she began it.  Gerry then attended Mary Washington College, in Fredericksburg, VA, graduating with a Psychology degree in 1950.  In later years, her thoughts often returned to her happy memories of college days.  After college, Gerry worked for National Institute of Health.  While a working girl she often traveled with college friends, making trips to France and Mexico and closer destinations.

While working in Washington, DC, she met her husband, David Wayne Griffin, who was studying law at Washington-Lee University.  Gerry used her Psychology training to raise two children and stayed busy with volunteer work with the church and local library.  Gerry and Dave enjoyed travelling and had a first retirement on Jekyll Island, GA, before moving to The Pines at Davidson.

Gerry is remembered for her calm, loving personality and adventurous spirit.

A memorial to celebrate her life will be held at a later date.

In lieu of flowers, donations may be made to:

To order memorial trees or send flowers to the family in memory of Geraldine Boswell Griffin, please visit our flower store.