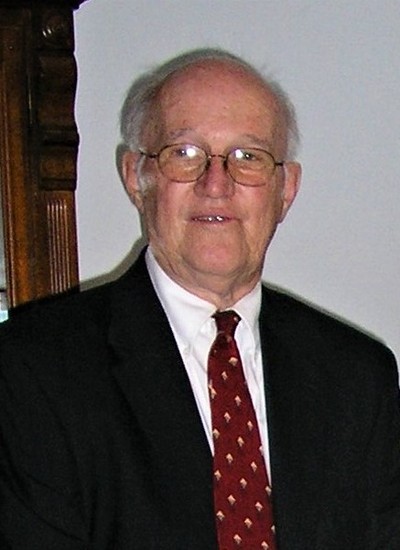 A memorial service will be held on Sunday, September 8 at the Raymer-Kepner Funeral Home in Huntersville at 2:00pm.

Halley was born in New Bern, NC on July 14, 1934 to Halley, Sr. and Lossie Merrell.  He grew up in Norfolk, VA and put himself through college, ultimately matriculating from Virginia Tech.  He married Norma Jane Arrington on July 14, 1956 thereby initiating a lifelong union with his best friend and deepest love . He worked for nearly forty years with the vast and prestigious American Chemical Society (ACS) in Washington, D.C., ultimately retiring as Secretary. Meanwhile he raised his family in Vienna, VA where he was a foot soldier in the battle for civil rights working tirelessly in the 1960s to tear down racial boundaries and build relationships in the community.

He was a lifelong sports fan and coached youth sports for many years. He was a huge fan of the New York Yankees and could be found at most Davidson home basketball games cheering on the Wildcats.

He was deeply committed to WDAV Classical Public Radio where he frequently volunteered in support of their periodic fundraising campaigns.Mostly, he was devoted to his family. He found great joy in surrounding himself with his children, grandchildren and great-grandchildren, and he lived every day with a quip on his lips and compassion in his heart. During his final years he made deep friendships with his neighbors at The Pines in Davidson.

Halley is preceded in death by his father, Halley A. Merrell Sr. and his mother Lossie Boyd Merrell.

He is survived by his wife, Norma Merrell of Davidson, NC; his daughter and son-in-law Melinda Orr and Todd Orr of Durham, NC; his son Mark Merrell of Chantilly, VA; his son and daughter-in-law MatthewMerrell and Holt Hathaway of Huntersville, NC; and many grandchildren and great-grandchildren.

To order memorial trees or send flowers to the family in memory of Halley "Hal" Merrell, please visit our flower store.