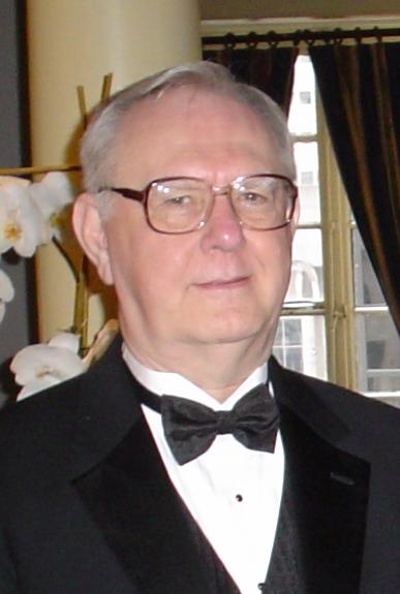 Henry Michael Lafleur died on June 15, 2019 at Autumn Care of Cornelius, NC. He was born in Alexandria, Louisiana, in 1939, the son of Evelyn Isabel Ross and H. Marcellus Lafleur, who predeceased him.

Mike attended LSU New Orleans, working summers in the oilfields for Texaco, then entered the Air Force, serving 1959-1961. While stationed at Chenault AFB in Lake Charles, Louisiana, he directed church choirs, studied music and participated in musicals at McNeese State University. After discharge he completed a Bachelor of Science degree in Electrical Engineering with a Communications Emphasis at Louisiana Technical University in 1970. He worked at Western Electric in Winston-Salem, NC as an engineer and moved to Charlotte in 1976 to work as a computer engineer and manager for BellSouth Telecommunications, then systems administrator for Electronic Data Systems, retiring in 1999.

Mike’s musical interests continued throughout his life. He hosted “On Wings of Song” for Wake Forest Radio (WFDD) and was president of the Winston-Salem Choral Society in 1972. He was a talented vocal soloist and greatly admired the works of baritone Dietrich Fischer-Dieskau and German lieder. Other interests and hobbies included:  ham radio, having won an award for his skill in sending Morse code; building computers; genealogy; membership challenges in the scholarly MENSA Society; and Jungian psychology.

Mike was a kind and generous gentleman who loved his family and was devoted to their well-being. He is survived by two sons Ross of Chicago, IL and Philip of Hercules, CA, his sister Martha LaFleur of Lafayette, LA and spouse Joan of Charlotte.

A memorial service will be held at 2:00 pm, September 28th at McEwen Funeral Service-Pineville, 10500 Park Rd., Charlotte, NC 28210. The family will set up a scholarship fund for music students at McNeese University in Mike’s name. Donations in his honor will be accepted.

To order memorial trees or send flowers to the family in memory of Henry Michael Lafleur, please visit our flower store.