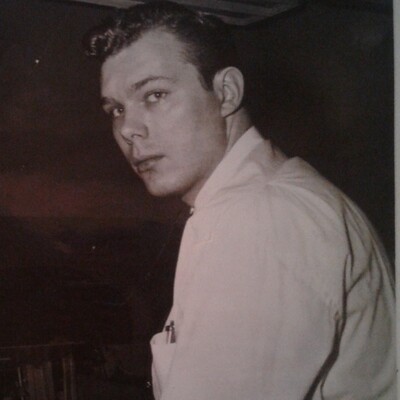 He loved watching his New York Jets religiously whether they won or lost. He had high hopes that they would return to the Super Bowl one day. He had interests in golf, surf fishing, watching rifle and pistol videos ranging on shooting targets to updated in the latest technology. He also enjoyed shooting and photography. In his youth, he had won awards in shotgun and rifle tournaments. As a young man, he loved to tinker with cars. In the early 80’s he custom built the family van. He even built by hand a wooden trailer for family camping trips, decking it out with a make shift kitchen area and a storage section.

Henry made his career in the printing business. He started out at 16 years old as a “gofer boy” (as he called himself) with a printing house in New York, which had printed books. After a few years of printing books and learning the business, he moved with the company into another aspect of the printing business, that of printing the record covers and their sleeves, being the lead pressman. He continued to get advancements with the company. He rose through several positions until he became one of plant general managers in one of the 3 printing plants the company had throughout the country. He then decided to become a business owner with a Sir Speedy franchise for 12 years before his retirement.

He always loved his family very much. He took great enjoyment by going to his children and grandchildren’s school activities like football, basketball, baseball, karate, art shows and school plays. Later in life, when his children were married and had children of their own, he and Laura took the entire family to have their family vacations together.

Along with his parents, he is preceded in death by his wife Laura L. Pedersen (whom he met when she was 9 years old, in 1952, and with whom he ended up being married for 55 years until her death), and his brothers George, Walter, John, Richard, and William Pedersen.

He was a man of great character, powerful, determined, loving, who shaped many people and left his life footprint on the lives of all the people that he met, reason for which he would never be forgotten.

To order memorial trees or send flowers to the family in memory of Henry Otto Pedersen, please visit our flower store.