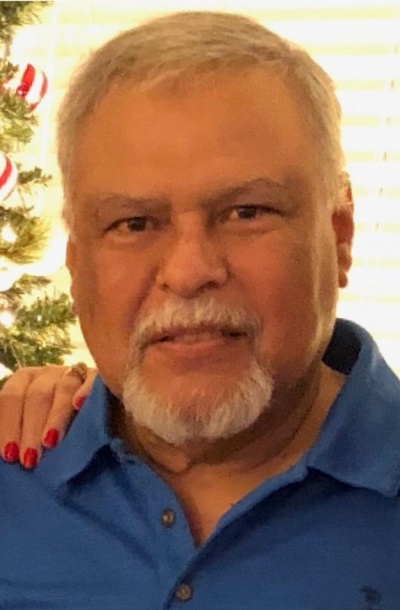 Ildefonso was born in Port Isabel, TX on June 23, 1945 to the late parents, Ildefonso Silguero, Sr. and Hortensia Martinez.

Ildefonso, also known as Al or Junie, was a loving husband, father of three, and Paw Paw to two granddaughters. As a 2nd Class Petty Officer, Al served in the US Navy for four years. He served in the Vietnam War and Antarctica while on the USS Constellation, USS Prairie, and USS Gompers. He retired from Lucent Technology in 2010. Al was also an avid golfer and would be on the golf course every Friday with his golfing buddies. He was known for always having something to say. He could grab your attention with telling a story and would talk to you for hours without realizing it. He enjoyed spending time with his dog, Lola, and doing Sudoku puzzles. He always looked forward to taking his father and son trips around the world, and he loved his wife’s cooking. As an active member of the Catholic Church, you could find him and his wife in the third to last pew, every Sunday at the 7:30 am mass at St. Thomas Aquinas in Charlotte, NC.

The compassion and care he expressed will always be remembered and greatly missed by both his family and friends.

To order memorial trees or send flowers to the family in memory of Ildefonso Silguero, Jr., please visit our flower store.