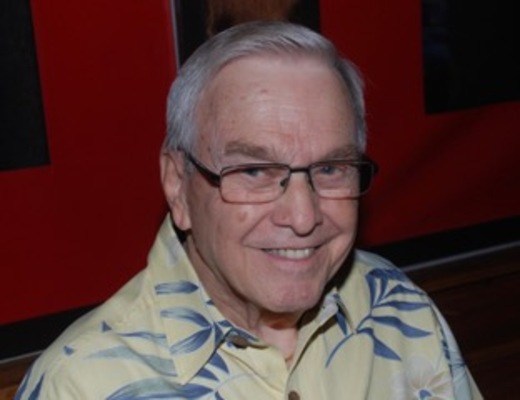 Jim was born on Tuesday, November 22 in 1932 in Detroit Michigan to the late Herbert Broughman and Beatrice Hamer Broughman.

Jim was the fifth of seven children, and was raised on Green Street in Detroit, where at 16 years of age, he met the love of his life, Marguerite Neer.  Jim attended Wayne State University where he received a bachelor’s degree in Business Administration.  Shortly thereafter, he was drafted into the US Army and served years, the last of which was at the Pentagon in Washington, DC.  He married his love Marguerite, and together they had three children, seven grandchildren, and seven great-grandchildren.

Jim began his work career with Chrysler Corporation, where he spent several years in support of the Missile Division.   During that time, its products were used to put the first US satellite into orbit.  Enchanted with the concept of space exploration, he left Chrysler to join Bendix Corporation’s Aerospace Systems Division in Ann Arbor, Michigan.  While there, he worked in support of several key research and development efforts, the best known was the Apollo Lunar Scientific Exploration Package (ALSEP), deployed by the astronauts as part of their moon landing missions.

In 1971, Bendix Corporation asked Jim to represent them as part of a Government / Industry executive exchange program.  He and his family moved to the Washington D.C. area where he took an assignment at the Department of Housing and Urban Development in the Model Cities Administration.  While there, he played a key role in the development of legislation and to the passage of the Community Development Block Grant Program.  (CDBG) was one of the most enduring and successful of the administrations programs of Federal Assistance for over twenty-years.   Jim stayed on at HUD to assist in the oversight of the program’s administration for over twenty years.  He retired from the Federal Government in 1996, and his role was Director, Block Grant Assistance.  After which, he served for several years as a consultant in the field of local community and economic development.

Among the honors bestowed upon him in his work were the following; Award for Outstanding Achievement as a Participant in the President’s Executive Interchange Program; the Department of Housing and Urban Development’s Distinguished Service Award; and the HUD Secretary’s Award for Exemplary Public Service.

To his family, he was the patriarch and spiritual leader.  He dearly loved his wife of more than sixty-five years, and always put her and his family first.  He was often quiet and reserved, but was full of wisdom and counsel for anyone who asked.  He showed genuine interest in others, and was always willing to help in any way.  He loved to read, do the daily crossword puzzle, and stay up to date with current events.  He was famous for reciting his favorite songs from the 1940’s, and tongue twisters that kept us amazed and laughing.  He loved tending his flowers, and feeding the birds in his backyard.  Known as Poppy to his grandchildren and his great-grandchildren, he had a wonderful mind and memory.  He remembered vivid details and dates of past events, and could recite scripture at will.  He taught his family to love, to be kind, and self-less, and to love The Lord.  Jim knew his Lord, and is with him now.

Jim led his family spiritually through the passing of his and Marge’s middle daughter, Linda Susan Broughman Hart of Raleigh, NC., in November of 1997.

A Memorial Service will be held at Raymer-Kepner Funeral Home in Huntersville, NC on Friday, June 26 at 11:00 am.

In lieu of flowers, donations can be made to the following causes that were important to Jim:

To order memorial trees or send flowers to the family in memory of James Richard Broughman, please visit our flower store.