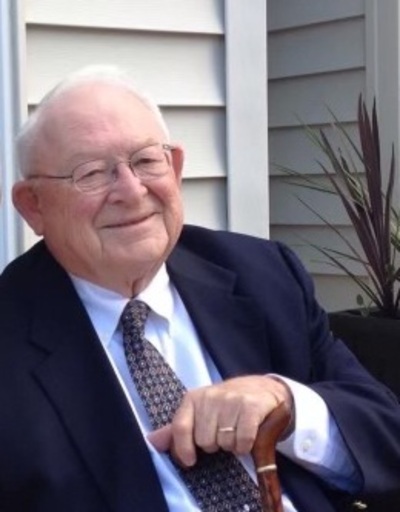 James F. Waggener, 86, of Davidson, NC and formerly of Great Falls, VA passed away on April 10, 2022 surrounded by his family.

Born in Chicago, IL to the late Oliver and Gertrude Waggener, James grew up in Western Springs, IL and graduated from Lyons Township High School. A member of the Glee Club and Terrace Club at Princeton University, he graduated in 1957 with a degree in geological engineering. He then traveled west to the University of Texas-Austin where he joined Phi Kappa Psi fraternity, earned a degree in petroleum engineering, and met Tita, the love of his life, on a blind date.

James served his country in the Army National Guard and retired from Mobil Oil Corporation in 1997 after 37 loyal years. He traveled domestically and internationally marketing special products, and he and Tita made homes in Akron, OH; Glen Ellyn, IL; Walnut Creek, CA; Palos Verdes Estates, CA; McLean, VA; Darien, CT (3 separate times); and Great Falls, VA before moving to Davidson, NC.  He cherished his memories and his many friends and colleagues from around the world.

He enjoyed playing golf and bridge at River Bend Country Club, attending concerts at the Kennedy Center, and cheering on his beloved Chicago Cubs.  He served as president of the Mobil Retirees Group in Northern Virginia.  A train enthusiast and sports aficionado all his life, he loved sharing his opinions and interests with his family or anyone who would listen.

James will forever be remembered for his deep devotion and generosity to his family as husband, Dad, and PopPop, his love of reading and crossword puzzles, playing cribbage, yelling at incompetent umpires on the TV, and his wicked sense of humor and horrible puns.

Along with his parents, he is preceded in death by his son William Waggener and sister Olive Milner.

A funeral service will be held at 3:00 PM on April 13, 2022 at Raymer-Kepner Funeral Home (Huntersville, NC).  A celebration of life and inurnment will be held this summer in Fredericksburg, VA.

Memorial donations may be made in his honor to the American Brain Tumor Association.

To order memorial trees or send flowers to the family in memory of James Francis Waggener, please visit our flower store.