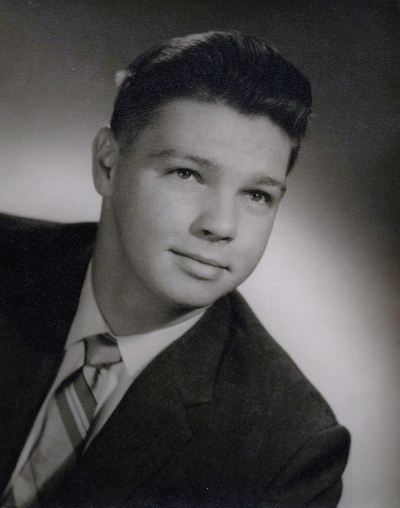 James Andrew Westervelt, passed away on June 16, 2022 in Huntersville, North Carolina, just a few days shy of his 82nd birthday.

Jim was born on June 20, 1940in Yonkers, New York, the youngest son of Theodore and Victoria (Montana) Westervelt. He grew up with siblings Theodore, Thomas, and Kathleen. Upon graduation from Ardsley High School, Jim entered the Navy, serving active duty on the aircraft carrier USS Lake Champlain.

Upon leaving the Navy, Jim made what he called “the best decision of my life”: going on a blind date with Janet Maureen McGonagle. Jim and Janet were married on April 28, 1962and built a life together in New York.

While raising sons James Andrew Jr., Brian Christopher, and Michael Anthony with Janet, Jim built an incredibly successful banking career, ascending from a teller to Vice President at the Bank of New York. Early in his career he was featured in the newspaper unveiling what would be the first ATM machine in New York. He continued getting promoted, serving as Senior Vice President, Sr Loan Officer at the Hudson Valley National Bank, and Executive Vice President at Union State Bank before retiring in 2006.

Jim was active in the community, participating in Kiwanis, Rotary, Lions Club, and as a board member for Make-A-Wish, among others, and loved to play golf. Despite his busy schedule, he was always in the stands to catch his sons’ sporting events, and even served as the Founding President of the John Jay Football Booster Club. A lover of dogs, he often brought home strays that instantly became members of the family.

Upon retirement, Jim and Janet split their time between New Jersey and Florida, before relocating full-time to Florida to enjoy the sunshine, foster great friendships, and play golf. Then, a few years ago they ultimately settled in North Carolina to be near family. In all the places they lived, they were active members of the Catholic church.

He is preceded in death by brothers Ted and Tom, and grandson Eric.

Since that first date so many years ago, Jim and Janet were inseparable, and recently celebrated their 60th wedding anniversary. Above all else, Jim will be remembered for his big heart, wise words and ability to love deeply. He will be missed.

In lieu of flowers, Jim has asked that donations be made to Make-A-Wish by clicking HERE.

To order memorial trees or send flowers to the family in memory of James Andrew Westervelt, please visit our flower store.