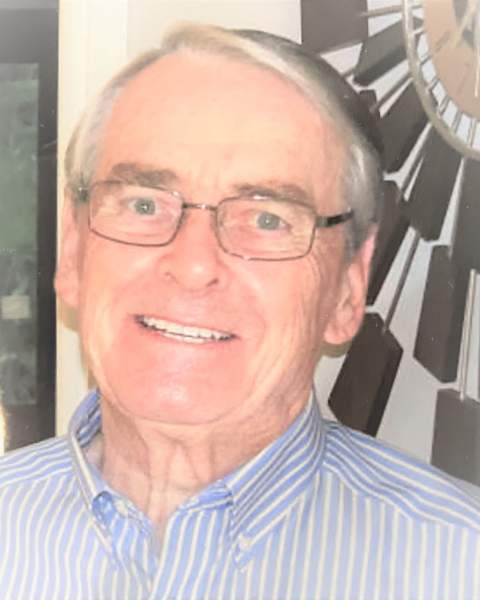 Mr. Jan Christian Power, 80, of Denver, passed away on Friday, November 4, 2022. Jan was born in Spindale, N.C. on November 28th, 1941, to Lois Carol Cochran and Garnett Grier Power. He lived for six months as a toddler in Spindale before moving to Charlotte, N.C. where he grew up, attended Harding High School, and enlisted in the U.S. Navy. Jan served on board the USS Spiegle Grove LSD32. He attended Radar Operators School and finished his tour aboard the John W. Weeks DD701. Jan returned to Charlotte and married his sweetheart Pat Kelley in 1962. Their first child Chris arrived in 1963 and daughter Julie in 1966.

In 1963 Jan answered a newspaper ad at Atlantic Envelope Company where was hired as an office assistant and moved into sales the following year. He found his calling with the aid of his great General Manager, the late Alton Rutledge. Jan attended UNCC for a time but withdrew to pursue his career in sales for the next 60 years. He was a dedicated sales professional and always put his customers first! Jan formed Power Business Products in 2011 with son Chris and enjoyed eleven years of continued sales success. In 2016 Jan turned the company over to Chris and spent more time enjoying the dream home he and his wife Pat built in the Lake Norman area.

Jan was very proud of his children and was always there to enjoy their involvement in the different sports they participated in growing up.  He loved his Granddaughter Chloe very much. Time spent with her was a precious gift to him.

Jan loved his farm and hunting property in Chester, S.C. It was an important part of his life away from work where he spent time hunting and turning the farm into a beautiful place to share with family and friends. He enjoyed many happy hours on his farm.

Jan and Pat were members of Pine Island Country Club where he played golf for many years.  This is where he introduced Pat, Julie, and Chris to the game which they all played and enjoyed for many years. He was also a 32nd Degree Mason and Shriner for years.

Jan and Pat were members of Mulberry Presbyterian Church where they attended for many years. After moving to Lake Norman, Jan became a devoted follower of Dr. Charles Stanley. He did not want to miss his weekly sermons on TV each Saturday night and sometimes listened on Sunday again. He loved the Lord and was a kind and loving man. He was generous and tried to help all those he loved as well as ones he didn’t know when they needed it.

A Memorial Service will be held on Saturday, November 19, 2022, 2:00 PM, at Raymer-Kepner Funeral Home of Huntersville. The family will receive friends briefly after the service.

The Power Family would like to thank all of Jan’s Surgeons, Doctors and Nurses that cared for him during his illness.

In Lieu of flowers, the family encourages you to donate to Kidneyfund.org or Intouch.org. If you choose to send a flower, please send a vase or potted plant that the family can take to their home.

To order memorial trees or send flowers to the family in memory of Jan Christian Power, please visit our flower store.