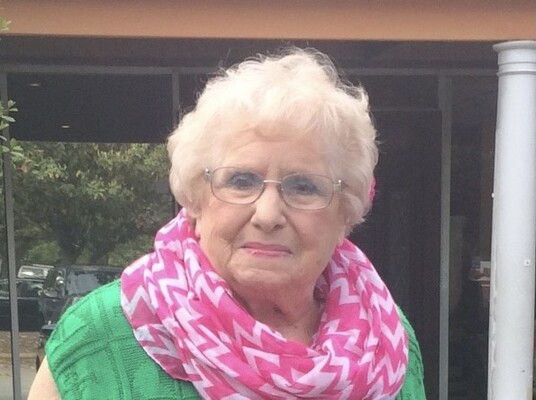 She attended all girls Catholic school through high school where she graduated from Marymount High School in 1947. JoAnne even considered becoming a nun but she realized that to continue her education and become a teacher was truly her purpose. JoAnne received her Bachelor’s degree and teaching credentials from the University of Southern California where she met the love of her life Seth Ellis. After college, she began teaching sixth grade in inner city LA for 31 years and was recognized by the school district as an outstanding teacher. One of the joys in her teaching career was creating a family for her students so they felt safe and seen. Decades later she was still in contact with former students who were inspired by Mrs. Ellis and never forgot the loving classroom she created where they could learn and grow.

After JoAnne’s retirement, she reunited with Seth in Charlotte, NC and they were remarried in 1984. In Charlotte, NC JoAnne found her next purpose in life, the ability to give back through the International Rotary Club. Through international rotary JoAnne and Seth traveled to Asia, Europe, South America and parts of the United States attending conventions to help make change in poverty and disease. She could talk for hours about the fond memories she made over those years with her beloved Seth before his death in 1995. JoAnne continued the act of giving back through the North Mecklenburg Rotary Club, Inner Wheel, Toastmasters and the Opera Guild of Charlotte over her many years. Another joy in her life was her family. She cherished the relationship she had with her only daughter Linda Reese and son in law Cameron Reese. She treasured the time she had watching her 3 grandsons; Travis Reese, Zach Reese and Zaniel Reese, mature from small children to 3 hard working men she was proud of. JoAnne’s great grandchildren Cameron Diana, Conner Reese and Paisley Reese also added great happiness to her life.

She will be remembered for her commitment to service above self through teaching, Rotary and every aspect of her life. JoAnne had the ability to connect with almost everyone she met with words of empathy and compassion. JoAnne’s strong independence was an example of the confident and knowledgeable woman she was. To have known JoAnnne was to love her. She was known by many in her community as “Grandma” because the love and warmth she exuded felt like an embrace from a caring wise maternal soul.

In honor of her long beautiful life the family will be having a visitation and service at Raymer-Kepner Funeral Home starting at 2:00pm on Friday October 29, 2021. A memorial service will follow at 3:00pm.

To order memorial trees or send flowers to the family in memory of JoAnne Ellis, please visit our flower store.