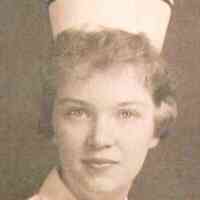 She was an honors graduate of Saint Peter’s Academy class of 1957 in Saratoga Springs, NY and Saint Peter’s Hospital School of Nursing class of 1960 in Albany, NY. Judy’s nursing career began at Saint Peter’s Hospital. She then went on to work for William J. Hickey, M.D. in Saratoga Springs. Following her years of medical office nursing Judy was employed for over 20 years by General Foods Corporation as an Occupational Health Nurse. After “retirement”, while living in Fort Myers, FL, Judy was employed by Lee Memorial Health System for 17 years as a Clinical Coordinator. In addition to her love of family, friends, and the nursing profession, Judy was an avid reader and knitter. She also enjoyed playing classical piano.

Arrangements are pending. Burial will be at a future date and is anticipated at the Gerald B.H. Solomon Saratoga National Cemetery in Schuylerville, NY together with her husband Norman, a veteran of WWII. At Judy’s request, donations may be made in her memory to her alma mater Saratoga Central Catholic High School 247 Broadway, Saratoga Springs, NY 12866

To order memorial trees or send flowers to the family in memory of Judith Ann Riester, please visit our flower store.