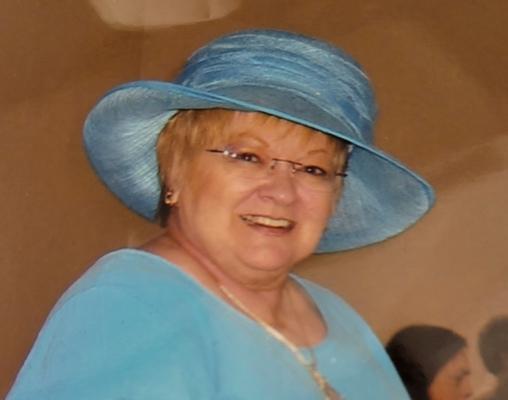 Judith “Judykay” Kay Fisher Kohler, 78, of Charlotte, North Carolina was diagnosed with pancreatic cancer in late April and went to be with her Lord on Sunday, May 30, 2021 at Levine Dickson Hospice House in Huntersville, NC.

She was born on April 14, 1943 in Dodge City, Kansas to Hilda Mae (Wilson) Fisher and Arthur Anthony Fisher. She was raised in Copeland, Kansas
and attended school there until her sophomore year in high school. After the death of her father she attended the Radford School for Girls in El Paso, TX where she studied music. Upon graduation from high school she attended the University of Wichita and Wichita Business College. On February 14, 1969, Judykay was united in marriage to Kenneth L. Kohler in Omaha, NE. She became the adoptive mother of Ken’s three children: Terry, Jackie and Kelly. The couple resided in Ralston, NE before moving to Omaha, NE.

Judykay worked in sales for a number of different companies. In Home Interiors & Gifts, Inc., she reached the level of branch manager with a team of sales associates that helped her earn trips to Europe and Hawaii, cruises, and diamond jewelry. Judykay and Ken made many moves associated with Ken’s career, including to southern California, Arizona, Ohio, Nevada, back to Arizona and finally to Charlotte, NC. In all of these locations Judykay was active with her church and neighborhood. While in AZ the first time, Judykay helped create a neighborhood “Culture Club” where neighborhood women got together once a week for an hour to discuss everything from books, movies and people in the area who needed help for whatever reason. The location would rotate among neighborhood homes with the hostess furnishing snacks and wine for the group. Judykay never met a stranger and loved to entertain! She was “Martha Stewart” before Martha Stewart was Martha Stewart! She loved to host large dinner parties, the bigger the better! Cooking was a passion of hers. She loved to read cookbooks and had every issue of the annual Southern Living cookbook! Decorating was another talent she possessed. Christmas was her favorite holiday and the more decorated trees the better! Her earliest talent was playing the piano by ear. Judykay could hear a piece of music and sit down and play it! She played nursery rhymes at the age of 4 and started piano lessons at the age of 5. Her love of music was fulfilled by joining the choir of the various churches they were members of, the last 17 years at University City United Methodist Church. At UCUMC, Judykay shared her talent of piano playing with the Wesley Sunday School class.
She was also actively involved in her church’s craft group, Sew-n-Sews. This group of talented ladies (most in the their 80s and 90s) make and sell a variety of handmade crafts with proceeds going to the church. Over the years they have contributed thousands and thousands of dollars to the church building fund.

Judykay’s biggest love was her family. She is preceded in death by her parents, sisters: Adeline (Bill) Beck, Laura (Dean) Mills and Bea (Norman) Alexander. She is survived by her husband, Kenneth L. Kohler; sons: Terry of Humboldt, NE and Kelly (Carla) of Lenexa, KS; daughter, Jackie of Charlotte; and brother Tony (Joyce) Fisher of Copeland, KS, as well as numerous nieces, nephews and other relatives. The greatest joy of her life were her grandchildren: Courtney (Agustin) Martinez of Lee’s Summit, MO; Kayd (Kalie) Kohler of Omaha, NE; Jared (Maggi) Kohler of Pawnee City, NE; Rhiannon Kohler of Salem, NE; and Grace Kohler of Charlotte, NC; and great-grandchildren; Evalynn Martinez and Hank Kohler (Rhiannon) with a third one on the way later this year (Jared and Maggi).

A Celebration of Life Service will be held at 10:30 am, Saturday, July 24, 2021 at University City United Methodist Church, in Charlotte, NC.

Memorial contributions may be made to UCUMC Sew-n-Sews or the Levine Dickson Hospice House of Huntersville.

Services are entrusted to Raymer-Kepner Funeral Home in Huntersville. Condolences and memories may be shared online at www.kepnerfh.com.

To order memorial trees or send flowers to the family in memory of Judykay Kohler, please visit our flower store.