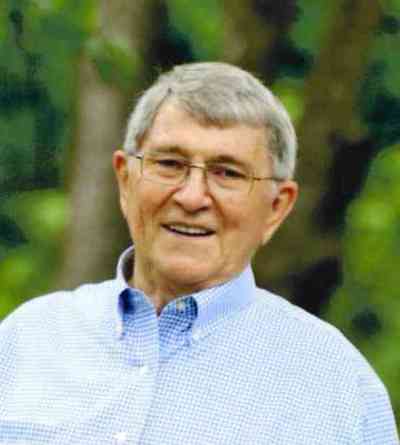 Lynn was born in Charlotte, NC on March 15, 1936 to the late Ray Johnson Burris and Pearl Anna Gross Burris.

Lynn was a member of one of the first graduating classes of North Mecklenburg High School. He attended Guilford College. He served in the U.S. Army and was stationed in Heidelberg, Germany.It was during this time that he developed an interest in data processing, which launched his career in the banking industry working for American Trust Company.  He furthered his education through North Carolina School of Banking and LSU School of Banking.  Lynn held many positions over his 42-year career, all at Bank of America and its predecessor companies.

In retirement, he worked for the Mecklenburg County Board of Elections as a Chief Judge and Precinct Coordinator.  He served the Charlotte Presbytery on multiple committees and was a representative to the Synod of the Mid-Atlantic. He represented the Charlotte Presbytery at two General Assemblies of the PCUSA.  Lynn was recognized with the Presbytery of Charlotte Outstanding Older Adult Award.  He particularly enjoyed helping to connect ministers to a new church home.

Lynn was a member of Davidson College Presbyterian Church. After joining DCPC in 1975, Lynn served in many roles including Elder, Treasurer, Greeter, Stephen Minister, Property Committee member, confirmation sponsor and several Pastor Nominating Committees.  As a Greeter he took joy in welcoming visitors and church members to worship services.

He is survived by his wife, Marjorie Carlson Burris; daughters Amy Shapiro (Samuel) and Johanna Willaford (Lee); grandchildren, Nora Shapiro, Ben Willaford and Matthew Willaford. Along with his parents, Lynn is preceded in death by his brothers, Jack Burris and Sid Burris and sister Betty Ray Pender.

Lynn loved to travel with Marjorie, his wife of 58 years. In recent years they visited England, Scotland, Germany and Switzerland. They enjoyed exploring Heidelberg, Germany and visiting Lynn's old Army haunts. They also traveled to Bern, Switzerland, the site of his family’s ancestral home. Lynn enjoyed genealogical research, even more so when it coincided with a fantastic trip and a plate of Wienerschnitzel.

He loved being outside, especially in the garden or at a baseball game. He rooted for the Atlanta Braves and enjoyed attending spring training games in Florida and Arizona.

Most of all, Pops, as he was called by his grandchildren, loved spending time with his family and friends. He was always generous with his time and God-given talents. He served the Lord and lived his faith daily.

A memorial service will be held at 2:30 pm on Sunday, November 3, 2019 at Davidson College Presbyterian Church.  The family will receive friends following the service at the church’s Congregation House.

In lieu of flowers, memorial donations may be made to Davidson College Presbyterian Church Attention: Kenya Water Well at PO Box 337 Davidson, NC 28036.

To order memorial trees or send flowers to the family in memory of Lynn Burris, please visit our flower store.