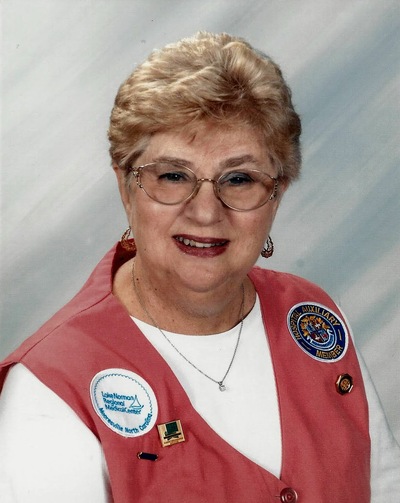 Marguerite was born on Wednesday, November 8 in 1933at their home on Green Street, in Detroit Michigan to the late Francis D. Neer and Teresa Isabel O’Donnell Neer.

Marguerite was the third of three children, and was raised on Green Street in Detroit, where at 15 years of age, she met the love of her life, James Richard Broughman.  When Marguerite was 11 years old; her oldest sibling brother James Francis Neer went off to serve in the Navy during the Pacific Campaign in World War II.  Jim was killed-in-action during the battle of Okinawa on May 1st, 1945.  Marguerite shared in the grief of losing her brother, with her parents and big sister Rita.  It was a very hard time for her and her family.

Marguerite attended St. Gabriel Middle School and Holy Redeemer Catholic High School in Detroit, and worked part-time as a cashier at Federals Department store.After graduating, she worked at Central Mortgage in Detroit.  Shortly thereafter, her love Jim was drafted into the US Army.  Before beginning to serve, Jim married his love Marguerite, and together they would have three children, seven grandchildren, and seven great-grandchildren.

While raising their family, Marguerite made the decision to refrain from taking a job so she could devote her time to her children’s needs.  After Jim was discharged from the Army, they settled back in Detroit, then moved to Ann Arbor for a few years.  After another job change by Jim, the family moved to Northern Virginia where Jim and Marge lived until retirement in 1996.  Once the kids were grown, Marge started working as an office clerk for the family doctor.  She was hard working, and very detailed and conscientious.  It turned out that working in the Medical field would turn out to be her career calling.  She then trained to be a nurse for a OBGYN practice, and worked there until her retirement in 1996.

In life, Marguerite responded to the cares and needs of other persons, whether in our family or not.  Her love of God shined through in many ways.  She would take careful mental note of what other people cared about and needed.  She would pray for them.  She would make it a point to find out about them, either directly or indirectly.  She would send them notes, send them cards, or call them on the phone.  She would look up scripture or find books that she thought would be helpful in their time of need.  When she worked for the doctors, her patients and the doctors loved her because they could tell she really cared for them.  After retirement, she gave her time voluntarily, doing all she could to let patients and families at Lake Norman hospital know that someone cared for them.  Before work, she would pray, asking the Lord to let her be a blessing to someone in need.  Marge was proud to have volunteered at Lake Norman hospital for 19 years, including serving for a time as Auxiliary President.

Marguerite cared for her daughter Linda Susan Broughman Hart, during Linda’s battle with cancer, providing care day and night.  Then after Linda’s passing in 1997,  Marge and Jim led their family spiritually through the difficult time afterward.  Setting an example of keeping faith during extreme adversity.

As Marge would say “Not bad for a little girl from Green Street!”  We know that she is dancing with Jesus, her husband Jim and daughter Linda, and her loved ones in Heaven!

A Memorial Service will be held at Raymer-Kepner Funeral Home in Huntersville, NC on Saturday, August 1st at 4:00 pm.

In lieu of flowers, donations can be made to the following causes that were important to Marge:

Click “Dedicate my donation in honor or in memory of someone”, and enter Marguerite Marie Broughman, and email for notifications to the family (if desired) jbroughman806@gmail.com.

To order memorial trees or send flowers to the family in memory of Marguerite Marie Broughman, please visit our flower store.