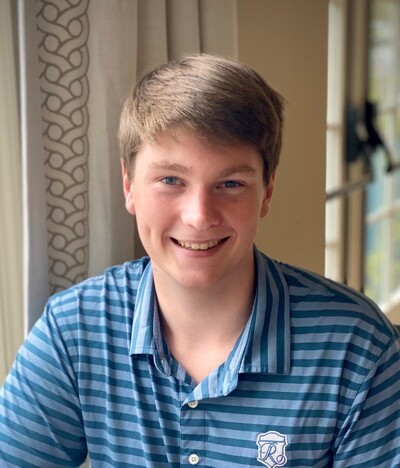 A memorial will be held on Sunday October 10, 2021, at 2pm at Raymer-Kepner Funeral Home, 16901 Old Statesville Rd, Huntersville, NC, 28078. Doors will open at 1:30PM. Attendees should be mindful of Renaissance Festival traffic and plan accordingly. Live stream will be available on Facebook at @RaymerKepnerFuneralHomeAndCremationServices.

In lieu of flowers, please consider a generous gift in memory of Matthew Wheeler to the Cannon School Matthew “Wheels” Wheeler Endowed Athletic Fund. Checks may be sent to Cannon School, 5801 Poplar Tent Road, Concord, NC, 28027 or you can donate online and designate the Matthew “Wheels” Wheeler Endowed Athletic Fund. Cannon will use these funds to provide need-based support for student athletic expenses not covered by tuition to include, but not be limited to equipment, travel, sport packs, and educational support services.

Matthew was a junior at Northeastern University in Boston, majoring in mechanical engineering, and a proud member of Alpha Epsilon Pi. He was a high school student athlete, and above all, a loving son, brother, friend, teammate and family member. He was a “brother” to his many cousins. He was beloved by his classmates and teachers at Countryside Montessori, Cannon School and Northeastern. He was also a favorite player among all of his coaches. Matthew’s team, the Odell Eagles, won the national football championship when he was only 10, and he went on to play varsity football at Cannon School, where he was named the first All Conference Offensive Lineman in Cannon history. He also played baseball there for six years. He was an avid sports fan and lover of the New England Patriots, Boston Red Sox, and Boston Celtics. He served as commissioner of his family’s very popular fantasy football league, and was its first winner and recipient of the “Butter Cup.”

Matthew loved comedy and to make people laugh. His sister Sara surprised him in 2018 by taking him to the taping of the comedy special Kid Gorgeous at Radio City. He was also a gingerbread architect, building elaborate holiday creations with his sister Emily each year, including a gingerbread Gillette Stadium. Matthew gave the commencement speech at his sister Hannah’s graduation ceremony, a special gathering organized by the family during the COVID-19 lockdown.

He is worshipped by his brothers David and Jack, with whom he would often throw a football, play pool basketball, build snow forts and listen to music. He was the king of the “road trip playlist,” driving his brothers on long trips to Georgia or cruising in California with his family in a convertible. David and Jack followed in his footsteps to become Cannon football players.

Matthew loved watching sports with his family and always made sure to keep connected with his dad and siblings, watching the same game in other cities by sending texts to them. UGA and Patriots football games will never be quite the same without Matthew’s constant commentary on strategy, play-calling, execution and blown calls by the referees.

Matthew loved his mother, making her breakfast in bed, giving her strong hugs and making her laugh. He would never let her win at the “curfew game.” He loved playing “hide and seek,” even when he was too tall to fit into the hiding places he wanted.

Matthew was part of a large, loving family, as well as an extended family of friends, teammates and admirers. His two decades on this earth will be cherished and kept alive always, by those who love him, and by those whose lives were FOREVER made better because of him.

Please feel free to share your memories of Matthew in the online guest book.

To order memorial trees or send flowers to the family in memory of Matthew Allyn Wheeler, please visit our flower store.