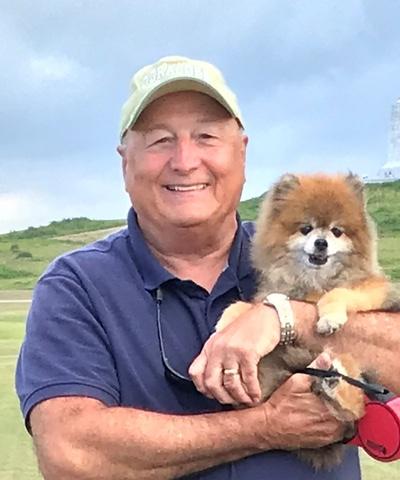 Michael Dennis Wright, son of the late Ernest Woodrow Wright and Trudy Breedlove Wright, passed away January18, 2021 at the age of 69.  He is survived by his loving wife, Marie Wright, his son, Hunter Wright and daughter, Kelly Bray. In addition, Mr. Wright is survived by his siblings Donna Dalton, Debbie Turley, Kathy Duncan, Stephen Wright and Mary-Allison Lind.

Mr. Wright was a successful executive in both the hotel and real estate industries, having won multiple awards in both arenas.  He designed and implemented valuable business models still in use today. He was a true leader, knowledgeable, confident and well respected.

Michael passed away on Dr. Martin Luther King Jr. day. As he was keenly interested in current events and held a deep belief in equality and fairness of his fellow citizens, this date was so fitting. Michael was a dreamer and a visionary. He was always developing new ideas and programs to help people achieve their aspirations. It was his hope that, in the near future, everyone has the opportunity to develop the skills to excel in life.

Michael and Marie, true soulmates and known by their friends as the “M&M’s”, reside in Statesville, NC. Originally from Hilton Head Island, SC, Michael enjoyed a love of fishing, golf, music and the beach. Michael was a consummate extrovert, always optimistic, outgoing and had a great love for life.  Strong in his faith in the Lord, he believed in the power of love and welcomed friendships of all people. He was a true gentleman and made sure to treat others with respect and conviviality. His presence filled a room and his quick smile, sharp wit, loud laugh and compassionate nature radiated to people and animals alike, particularly his beloved Pomeranian, Charlie. Michael’s larger than life personality will be forever missed.

Michael’s final arrangements are being handled by Raymer-Kepner Funeral Home and Cremation Services, located at 16901 Old Statesville Rd., Huntersville, NC 704-892-9669. There will be no service at this time, but a celebration of life will be scheduled at a future date. In lieu of flowers, donations may be made to The American Diabetes Association.

To order memorial trees or send flowers to the family in memory of Michael Dennis Wright, please visit our flower store.