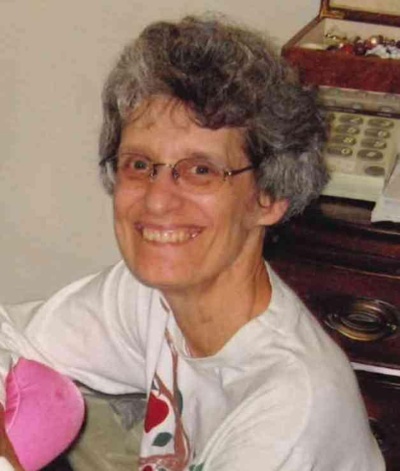 Patricia Webb Levering, a beloved Quaker leader well known locally in the Davidson area and nationally in her faith community, died on August 24, 2019, after a sixteen-month struggle with lung cancer. She was 73 years old.

Patty was born on July 14, 1946, in Mount Airy, NC, to Irene and Locke Webb. She grew up in a Baptist church there and, after her sophomore year in high school, starting dating the love of her life, Ralph Levering. Patty and Ralph were married at age 20 on June 3, 1967; they experienced a rich and loving marriage lasting more than 52 years.  In 1968 Patty graduated from Duke University with a degree in religion; she later earned master’s degrees in library science from Rutgers University and in ministry from the Earlham School of Religion.  In the mid-1970s Patty and her family began attending Quaker Meeting regularly.

An avid walker, hiker, bird-watcher, and knitter, Patty balanced the serious sides of life with fun and relaxation. She enjoyed visiting with family and friends, and liked crossword puzzles, opera, classical music, and high-quality books and movies.  An excellent cook, Patty made innovative main dishes and lattice-crust cherry pies for family and friends.

Professionally, Patty worked as a reference librarian, 1969-72; as a writer and Quaker administrator, 1976-89; as assistant director of Davidson College’s Love of Learning program for African-American high school students, 1989-91; as a chaplain in an oncology practice in Charlotte, 1992-2002; and as a teacher in a Quaker education program for adults, School of the Spirit Ministry, 2006-14.

Patty also lectured and led workshops at national and regional Quaker gatherings. She published several articles and two books with religious themes: Disciples for Discipleship (1990) and Listening for the Voice of Truth (2009).  Her most accessible writings are her roughly 50 blogs from 2016-17, “Faith Matters,” located at www.pattylevering.wordpress.com Plans are being made to publish, hopefully within the next year, a book of Patty’s shorter writings and talks, Thirsting for Life.  Anyone interested in being notified about its publication should contact Ralph now at ralevering@davidson.edu.

For about the past twenty years, Patty enjoyed being a spiritual director, typically with Protestant clergy. Many clients were deeply grateful for the help she gave them, without charge, in monthly sessions that often continued for years. For several years in the early 2000s, she did counseling with ministers at the Davidson Clergy Center.

A founding member in 1989 of her beloved Davidson Friends (Quaker) Meeting, she served for 28 years in two of its most challenging positions: clerk (leader) of the Meeting and clerk of the committee on ministry and counsel.  She also served as clerk or as a member of many other committees vital to the Meeting’s functioning. Her leadership, marked by careful listening and by a desire to help built unity, contributed greatly to the Meeting’s flourishing.

Even as a young child, Patty became aware of the troubling effects of racism.  Starting with her work as a librarian in inner-city Trenton and Washington, and continuing in her work with Love of Learning and as a chaplain, Patty exhibited an intentional, concrete concern for equality and social justice for African-Americans.  Her life, friendships, and ministry modeled Dr. Martin Luther King’s vision of Beloved Community.

One of Patty’s greatest joys was being asked to lead interracial Bible studies in Davidson in the 1990s and again from 2013 to the present.  In 2013 Patty also started and led a contemplative prayer group that continues to meet at the Davidson Meetinghouse.

A humble person, Patty never mentioned her accomplishments. Instead, she started each day quietly praying and reading the Bible while seeking God’s direction for her life. Psalm 27:1, Isaiah 40: 28-31, Micah 6:8, and Matthew 22: 36-40 were four of many biblical beacons for her.

Wanting to be of help to others if they requested it without providing answers, Patty followed the Quaker precept to “greet that of God in every person.”  A nephew recently described her as “one of the wisest, kindest, most loving people I know.” During her illness several female friends, facing a deep personal loss, said “she is like a sister to me.”

Patty is likely to be remembered with greatest appreciation for her listening and counseling skills, as well as for her good judgment and total confidentiality. When someone had a problem she or he wanted to discuss, Patty made the person feel comfortable and began listening with empathy.  She listened carefully, and then asked a question. More listening followed, and then another question, etc. Finally, Patty would say, “I think I hear you saying . . . . Am I hearing you correctly?”

During her adult life, many hundreds of people--starting with Ralph and other relatives and extending to friends, students, cancer patients and their loved ones, and people she barely knew before they approached her--benefited greatly from loving, empathetic conversations with Patty. They frequently gained new insights into how they should deal with their problems going forward.

Patty’s profound love of God, the Bible, and the best in the Christian tradition; her deep, unwavering love of family; her quiet, non-judgmental influence on the lives of numerous relatives and friends; her love and respect for people as equal children of God, regardless of social status, ethnicity, or intellect; and the countless number of hours she spent in “active listening” in one-on-one conversations—these may be her greatest legacies.

One of two children, Patty also is survived by her younger sister, Carolyn Powers, and husband Dan Powers. Reflecting their mutual devotion, Patty and Carolyn were together for Christmas for 68 of the past 70 years. Patty, Carolyn, Dan, and Ralph have celebrated every Christmas together since the mid-1990s, and have taken many enjoyable trips together.

A memorial service for Patty will be held at St. Albans Episcopal Church in Davidson on Saturday, September 21, at 2 p.m.

The Levering family is under the care of Raymer-Kepner Funeral Home, Huntersville. Online condolences may be left for the family at kepnerfh.com.

To order memorial trees or send flowers to the family in memory of Patricia Webb Levering, please visit our flower store.