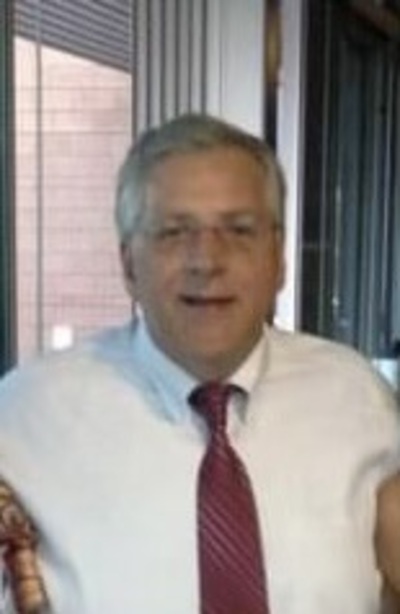 A fighter until the very end, Paul Calvin Valder, entered the gates of heaven on August 3rd at the age of 67 after a long and courageous battle with Frontal Temporal Lobe Dementia, Primary Progressive Aphasia (FTDPPA).

Paul, the most devoted and loving husband, father and grandfather is survived by his wife of 43 years, Merelene. He leaves behind his most treasured legacy, daughters, Melissa Coleman (Chris), Tracy Emrey (Mike) and Allie Valder (Jess), 2 grandsons and a granddaughter on the way. His parents, Miriam and Earl Valder and sister, Carol Gehshan, also survive him.

Paul was among the first graduating class to receive a degree in Computer Science at Virginia Tech in 1977. He was a native New Yorker but gained his southern roots and southern bride in Blacksburg, Virginia. He went on to receive a master’s degree from Johns Hopkins University. Paul had a long career with Wells Fargo Bank, holding many IT positions, and was well respected by many.

Paul was one of Virginia Tech’s greatest fans. His casual wardrobe was pretty much maroon and orange and he could never pass another Hokie on the street without saying “Go Hokies”. He was a lover of music. He played the banjo, guitar and spoons. He was a great storyteller, always smiling and a friend to all.

Paul was truly a great man. The family that loves him dearly will forever remember his love and devotion. He was a man of integrity and the most generous, kind-hearted person. He always put the needs of others above his. His family is grateful that he is finally at peace and holding to the hope that he is perfectly healed and that we will see each other again.

A private service to commemorate Paul's life will be held at a later date.

A heartfelt thank you to the staff at the Preston House Memory Care and Lake Norman Hospice who cared for Paul as if he were their own family. You are truly angels on earth. A special thank you to Julie Ramsey and Eileen Fitzpatrick. I could not have done these last years without you. You will be forever remembered for the most loving care and kindness given to my Paul.

In lieu of flowers, please donate to the theaftd.org that provides support and education to others afflicted with FTD and fights to find a cure. Paul generously supported many other organizations with his favorites being the Crisis Assistance Ministry and Wounded Warrior Project.

To order memorial trees or send flowers to the family in memory of Paul Calvin Valder, please visit our flower store.