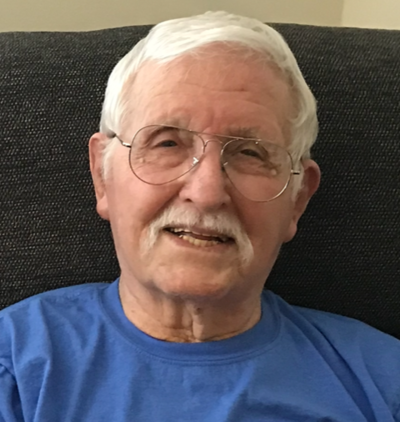 He graduated Istrouma High School and attended Louisiana State University in Baton Rouge, LA before joining the U.S. Navy. He served as an Aviation Ordnanceman on the U.S.S. Hornet CV12 in the Pacific Theater during WWII.

In 1947, he met and married Lilian Burton from West Palm Beach, Florida. After a few years in Baton Rouge, where their first daughter was born, they relocated to West Palm Beach where he ran a nursery business.

Outboard racing was one of his many loves. He ran runabout and hydroplanes on the APBSA racing circuit throughout Florida including The Gold Coast Marathon in the Intercoastal Waterway, Lake Osborne, Lake Hollingsworth, and offshore races. He won at least one State Championship, but liked to tell that he once broke a world record on Lake Hollingsworth. He’d go on to explain the problem was the guy ahead of him broke it first.

He was a member of the Outboard Racing Club of the Palm Beaches and Commodore of the Lake Worth Boating and Fishing Club in 1958. He shared his love of boating and fishing with his children and grandchildren. He won a Palm Beach Post lying contest by telling the story of a bass he caught. He said he didn’t have a scale with him in the boat to weigh it, so he took a picture of it and the picture itself weighed 25 pounds.

Another love was service to his community. He graduated from a police academy in order to serve as the unpaid volunteer Captain of the Lake Clarke Shores Police Department during the 1960’s and 70’s. He donated more than 20 gallons of blood during his life time. And, transported children from all over the state of Florida to their appointments at the Shriners Hospital for Children in Tampa. Richard was a Mason for over 70 years and a member of the Scottish Rite.

His highest love was family and friends. When Richard made a friend, it was for life. His personal connections were deep, authentic, and rich with stories.

Humor, humility, and honesty guided his life. In addition to his parents, he is predeceased by his sister Jessie Lee Peairs, his brother Daniel W. Slaton, Jr., his son Richard Lee Slaton (1953-1973), and his wife of 70 years, Lilian (Burton) Slaton. He is survived by his daughters, Alice Elaine Slaton and Elizabeth Barr; his grandsons, Michael Cummings (Nicole), Robert Scott Cummings (Cory), Robby Barr, and granddaughter, Kelsey Barr; his great-grandchildren, Mae, Caris, Quinlyn, and Slaton Cummings; and many loving nieces, nephews, and cousins.

Those wishing to make donations in his memory, please do so to the Shriners Hospitals for Children, Processing Center, PO Box 1510, Ranson, WV 25438.

Raymer-Kepner Funeral Home & Cremation Services, Huntersville, is caring for the Slaton family.  Online condolences and memories may be left at kepnerfh.com

To order memorial trees or send flowers to the family in memory of Richard Inman Slaton, please visit our flower store.