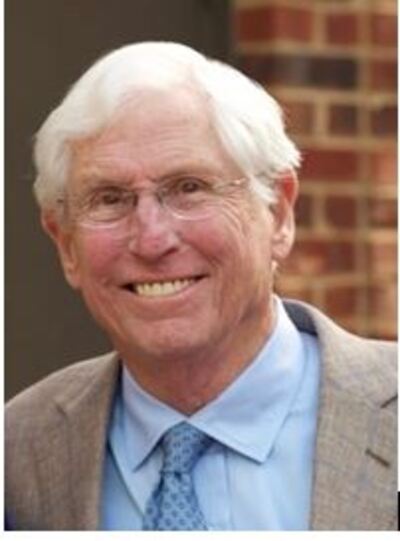 Bob was an Eagle Scout and graduated from Dreher High School in 1956, where he was a proud member of the 1956 State Championship basketball team. Bob attended Davidson College and thrived academically, socially, and athletically. He graduated Phi Beta Kappa, was president of Beta Theta Pi, and played on Dr. Tom Scott’s golf team. Bob developed a deep love for Davidson College and his network of college friends remained incredibly important to him. After graduating from Davidson in 1960, Bob served for two years as a lieutenant in the United States Army. Bob then earned his PhD in Economics from Duke University.

Returning to Davidson College in 1967, Bob taught Economics and served as the Dean of the Center for Special Studies. He received the first ODK Award given by students for outstanding teaching. His relationships with his students were deep and influential; he remained closely connected to former students throughout his life. That influence continues today through the Avinger Impact Fund – providing annual grantsawarded through the Jay Hurt Hub for Innovation and Entrepreneurship at Davidson College to current students to support the development of business start-up ideas. Indicative of Bob’s influence, the fund was established by his former students.

In 1980, Bob left Davidson College and joinedhis friend Olin Nisbet at Sterling Capital Management, an investment advisory firm in Charlotte, North Carolina. After retiring from Sterling in 1998, Bob continued to pursue his passion for entrepreneurial endeavors.

Bob and Jane McRae Jackson married in 1962. For over fifty years, they have lived in and served the Davidson community. Bob was a devoted member of Davidson College Presbyterian Church, where he was an Elder. Together, Jane and Bob received the Algernon Sidney Sullivan Award for service to the community – and most notably for their leadership in developing the Pines Retirement Community. Bob served on the Board of Trustees at Davidson College and on the Board of the Union Seminary.

Through the years, the family spent summers at Pawleys Island, South Carolina. While at Pawleys, Bob shared his love for sailing, flounder fishing, and spending time in the creek. Their home at Pawleys, “Lagniappe,” was a joyful haven for friends and family. Bob adored music and reading. He entertained many with his mean jazz piano playing and was a founding member of the Davidson Book Club.

His brothers and sisters-in law and numerous nieces, nephews, and cousins from the Avinger, Haltiwanger, Jackson, and Rivers families were all important to him.

The family is profoundly grateful to the many loving and compassionate caregivers both at home and at the Pines Health Centerand is especially grateful for Eddy Beam.

A worship service in celebration of Bob’s life will be held at 2:00pm on Sunday, June 27, in the Lilly Family Gallery in the Chambers Building on the campus of Davidson College. A reception will follow. Unvaccinated attendees are requested to please wear a mask.

In lieu of flowers, memorials gifts can be made to the Avinger Impact Fund at Davidson Collegeor to The Pines at Davidson.

The Pines at Davidson

To order memorial trees or send flowers to the family in memory of Robert L. Avinger, Jr., please visit our flower store.