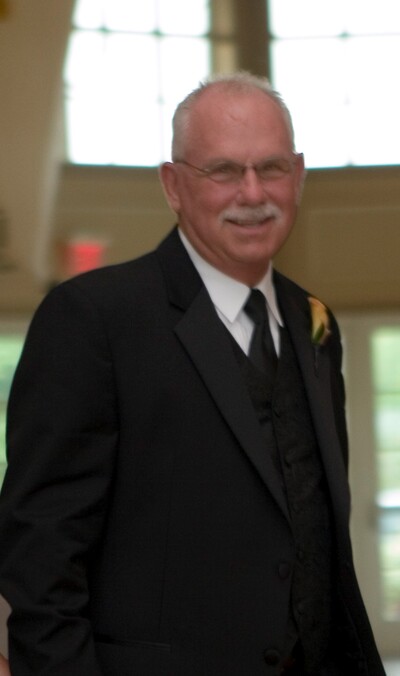 Ron Massingale (known as Ronnie) to those from his youth in Knoxville, Tennessee, left to be with his Lord and Savior, Jesus Christ on December 11th at age 73 . Known for his incredible heart, his gift of storytelling, his sense of humor, his unending love for his family, and his Christian faith, Ron will be dearly missed by family and friends.

Ron grew up in Halls Crossroads, Tennessee with his parents, his three sisters, and his maternal grandmother. There, Ron learned the value of hard work, the fun of going fast, the impact of a good story, and the firm foundation of faith.

Ron is a man who embraced life and lived every moment to its fullest. His love of adventure and travel fed his hobbies of piloting aircraft, captaining boats, scuba diving, and riding motorcycles. His imaginative perspective helped him in his sales career, his story delivery, and his writings for his wife. Ron’s impish dimple allowed all to know that an entertaining story or a joke was about to ensue. The center of attention was the place where everyone could find Ron either dancing to his friend Oscar’s singing or performing a duet with his partner in crime.

Throughout his career, he was known as a boss who really cared for his employees both personally and professionally. Countless stories are told of his encouraging words, kindness, and generosity towards fellow employees. As Ron began his telecommunications career with humble beginnings before he rose to success, he was diligent about mentoring employees who showed potential.

His unshakeable faith learned from his mammaw’s example carries on with the spiritual legacy he leaves for his wife, his three children, and his nine grandchildren. Ron is now in heaven worshipping Jesus and reuniting with his beloved mammaw and father. On earth, he leaves behind his soul mate and love of his life, Jan, his son with his name and heart, Ronnie and his wife Angela, his son with his good looks and analytical mind, Bryan and his wife Heather, and his daughter with his expressive dimple and love for family, Laura and her husband Carl.

He is preceded in death by his father Edgar (Pete) Massingale, and he is also survived by his mother Wanda Massingale and his sisters, Sandra Smyth, Brenda Waters, Shelia McNutt and nine grandchildren, Ronnie, Gabriel, Luke, Austin, Maya, Jonah, Olivia, Eli, and Andrew, and his first wife Shirley Massingale.

A Celebration of Life Service will be held on Wednesday, December 16th at 11:00am at Calvary Baptist Church of Charlotte, 2727 Mount Holly Huntersville Road, Charlotte, NC 28214. A live stream will be available here on Ron's obituary at the time of the service or on the Raymer-Kepner funeral home’s Facebook page https://www.facebook.com/RaymerKepnerFuneralHomeAndCremationServices

In lieu of flowers, the family is asking for donations for the heroic front line workers that tirelessly attended to Ron and other ICU patients; you may make a donation to the following link: https://www.gofundme.com/f/supporting-the-med-providers-that-cared-for-ron?utm_source=customer&utm_medium=email&utm_campaign=p_cp+share-sheet

Philippians 4:6-9-Be anxious for nothing but in everything by prayer and supplication with thanksgiving let your requests be made known to God. And the peace of God which surpasses all comprehension, shall guard your hearts and your mind in Christ Jesus. Finally, brethren, whatever is true, whatever is honorable, whatever is right, whatever is pure, whatever is lovely, whatever is of good repute, if there is any excellence and if anything worthy of praise, let your mind dwell on these things. The things you have learned and received and heard and seen in me, practice these things; and the God of peace shall be with you.

To order memorial trees or send flowers to the family in memory of Ron E. Massingale, please visit our flower store.