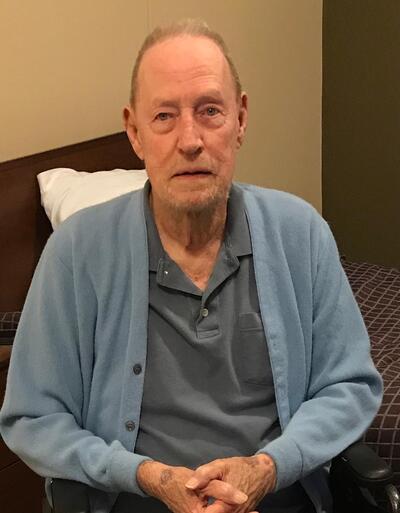 Ronald Bruey, 83, of Cornelius, NC, passed away peacefully at his home on Saturday, January 9, 2021. He was surrounded by the love of his family, neighbors and friends throughout his short battle with cancer. He now is able to reunite with his beloved wife of almost 59 years, Shirley, who passed away in 2015.

Ron was born in Lisbon, Ohio, to Ralph and Helen Shive Bruey in 1937. Ron spent his childhood in Ohio and at 18, he enlisted in the U.S. Air Force, working in avionic navigation and as an in-flight refueling operator.  During his twenty-year military career, he served in the U.S., Europe, and Asia, and completed three years in Vietnam during the Vietnam War. After his military retirement, he began a second multi-decade career in electronics where he made life-long friendships with both customers and colleagues, alike.

His strength in character, generous spirit, sharp humor, eternal optimism and consistent stubbornness live on in his surviving children Ronda (Ed) Foster, Sharon (Chris) Johns, Gary (Nora) Bruey and Mary (Chuck) Bell; as well as in six grandchildren and six great-grandchildren. He is survived by his brothers Alfred ("Fred") and David Bruey, and preceded in death by his sister, Naomi Bruey Patterson, and his grandson, Jarrodd Johns.

The family wishes to thank his wonderful neighbors, who over the years have loved and cared for Ron like guardian angels. The family also thanks Novant Health Hospice for their compassionate care during Ron's final days. Raymer-Kepner Funeral Home and Cremation Services is assisting the family; friends and family may offer condolences at www.Kepnerfh.com.

To order memorial trees or send flowers to the family in memory of Ronald Eugene Bruey, please visit our flower store.