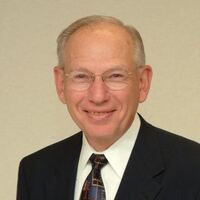 Ronald T. Nott, age 79, of Davidson, NC, formerly of Lima, Ohio, went home to be with his Lord and Savior, on September 21,2022, at Levine Dickson Hospice House in Huntersville NC.  He was surrounded by his family. He was born on December 10, 1942, in Cincinnati to Allan and Elizabeth (Grimm) Nott who preceded him in death.  On January 25, 1964, he married Susan McGinnis Nott, and she survives.

Ron’s family moved from Mt. Healthy, Ohio, to Van Wert in 1953. He was a 1961 graduate of Van Wert High School and an Army veteran, serving in Germany 1964-66. After the Army, Ron and Sue settled in Indianapolis where he spent five years with Kroger as a manager.  They returned to Lima in 1972 and Ron rejoined his father in business.

During high school and one year at Ohio State Branch, Ron worked as a mechanic on Renaults at Nott Motor Sales on Saratoga Avenue.  Following the closing of the Renault business, Allan and his sons opened a used car lot in an ‘old barn’ on Elida Road where they sold muscle cars.  Ron’s job was to locate good cars to buy and then sell.  In the late 1960’s his father opened the Mazda dealership on Elida Road at the present location.  In the succeeding years he added Honda (45+ years), and Toyota (40+ years), and gave up the Mazda business.

Upon his father’s death in 1988, Ron took over management of the Honda and Toyota stores. In 1989, he purchased Raabe Ford-Lincoln dealership in Delphos, now 30+ years.  His son Joe is now the owner/dealer principal. The Nott family is the third owner of Raabe’s, which celebrated its 100th anniversary this past summer.

Ron had a lifetime association with auto racing. He was a student of the Bible and read it each morning.  His hobby for the last 20 years was golfing with friends at Shawnee Country Club.  He traveled to many places including Russia, Greece, Turkey, Norway, most of Europe.  His last trip was to Israel in 2017.

He was a member of Immanuel Lutheran Church, Lima, OH; a past member and council person of  St. Matthew’s Lutheran, Cridersville, OH, and most recently  a member of First Presbyterian Church in Mooresville, NC. He was a past member of the Lima Filibuster’s.

Ron leaves a legacy of generosity and kindness.  He was a generous supporter of many local causes and charities.

Funeral services will begin at 1:00 p.m., Tuesday, September 27, 2022 at Immanuel Lutheran Church, 2120 Lakewood Avenue, Lima, Ohio with Pastor Michael Phillips officiating. A link to the video of the service will be available later in the week. The family will receive friends from 5:00 to 7:00 p.m., Monday, September 26, 2022 at Chiles-Laman Funeral & Cremation Service-Shawnee Chapel, Lima, Ohio. Interment will be held privately.

Memorial contributions may be made to the Alzheimer’s Association, Immanuel Lutheran Church, Lima, or First Presbyterian Church, Mooresville, NC or a charity of the donor’s choice.

To order memorial trees or send flowers to the family in memory of Ronald "Ron" Travis Nott, please visit our flower store.