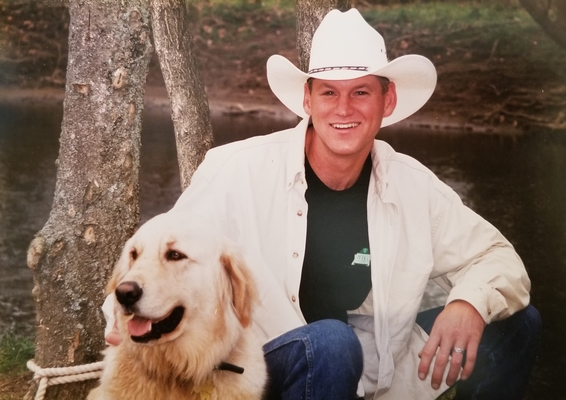 Scott Thomas Elsass, 51, passed away unexpectedly in his home on November 12, 2019, in Mooresville, North Carolina. A celebration of life will be held with family in December.

Scott was born July 13, 1968, in Columbus, Ohio at Lockbourne Air Force Base. His parents, Donald and Diana Elsass, raised Scott in the quiet suburb of Bexley, with his older sister, Diane Elsass Joyal, and younger brother, James Erich Elsass. An accomplished athlete at Bexley High School, Scott played baseball and golf for many seasons and was a member of the Ohio State AA Basketball Championship Lions team. After graduating in 1987, Scott continued his baseball career at Ohio Northern University, where he earned a degree in Industrial Technology in 1991. After a few years of riding the rodeo circuit out West, Scott fostered his skills in woodworking, holding positions in the home renovation and carpentry fields from Ohio to Maine and most recently, in North Carolina. In 2012, Scott was officially declared a cancer survivor after five years battling testicular cancer.
A passionate outdoorsman, Scott was at his best hunting a buck deep in the forest, fishing alongside a mountain river, and trading stories with friends in the glow of campfire light. In his free time, Scott could also be found working with his tools building beautifully crafted furniture and fixtures, or helping out family and friends with handyman projects around the house. Some of his most joyful years were spent alongside his dog, Bear, fishing the wild coastline of Maine, where he spent summers as a child, and camping in the rolling Blue Ridge Mountains. Living up to his nickname of "Cowboy", Scott was most comfortable in a pair of his favorite leather boots, with an engraved buckle on his belt and a Western hat atop his head. As loved ones received word of Scott's passing, they all remarked that what they would miss seeing most, was his beautiful smile. Scott had a special charisma about him, matched with a kind and generous heart. His passing brings an end to many years of struggle, and Scott's family believes he is finally at peace.
He is survived by his parents, Donald and Diana Elsass of Davidson, N.C., older sister Diane Elsass Joyal, of Chapel Hill, N.C., younger brother James Erich Elsass, of Charlotte, N.C., his grandmother, 101-year-old Margarett Orendorff, uncles and aunts, Gary and Bea Orendorff, Tom and Barbara Elsass, and Lynn and Rick Otty, his cousins, Steve Elsass, Jeff Edmondson, Mark Edmondson, and Rachel Otty, and nieces, Grace and Lily Joyal and Una Holland. Scott is predeceased by grandparents Donald and Margaret Elsass and Lee Orendorff, and cousins Elizabeth Elsass and Eric Orendorff.
Contributions in Scott's memory may be made to North Mecklenburg-Iredell Habitat for Humanity, Inc. located at 20310 N. Main St., Cornelius, N.C. or the Iredell County Animal Shelter at 430 Bristol Dr., Statesville, N.C.
To order memorial trees or send flowers to the family in memory of Scott Thomas Elsass, please visit our flower store.