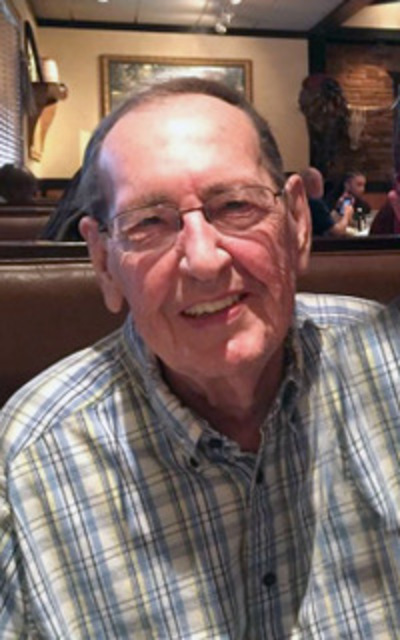 Simon Alan Brieger arrived at the feet of Jesus in the early morning  of March 3. He was born January 7, 1939 in Schamberville, (Lauderdale County) MS to Simon Audolph and Etoile Brieger. He was also affectionately known to his children: Randy (deceased); Tanya (Ridgeland, MS) and Chris  (Charlotte, NC) as "Diddy".

Tragedy struck Alan’s family when his brother Gerald was hit and killed by a car at 4 years old when he was only two months old. His mother fell into a deep depression and his sister Lucile took over the caregiving role. This was a loss that affected the family forever coupled also by the unexpected loss of his brother Edwin in 1960.

Alan graduated Collinsville High School and stories were told through the years of how he would make the female classmates swoon when he would do his Elvis Presley impersonations.

He met and married Wanda Davis and enlisted in the U.S. Navy. He was stationed in Stockton, California; Orange Texas (when their daughter was born) and in Key West, Florida (when their son Randy was born). He was part of the submarine crew that helped bring supplies to our ships during the Bay of Pigs invasion.

He would often talk of the time when we lived in Key West and how he would put his daughter on his shoulders on Duvall St. when President Kennedy visited so she could see him and how she grew to love bananas since they had a banana tree at our door.

After the Navy, his family settled in Jackson, MS where he began his career with AT&T and later retired from BellSouth. He was a hard worker and moved up through the ranks in the Bell System to management. He had a strong work ethic and was known for his kindness and fairness by his coworkers and employees.

Alan was very active in sports and played in the company softball and basketball teams. He also enjoyed playing tennis. He was also a huge SEC fan, in particular everything Mississippi State. He and his late wife Carolyn also coached youth soccer. In addition, he was a big Carolina Panthers fan.

He also was a talented artist enjoying painting and drawing. He drew political cartoons for the Meridian Star and the Southwest Guide in Jackson, Mississippi.

He could always light up a room with his jokes and laughter. He had a tremendous sense of humor and laughter assuredly helped him and his siblings cope with so many sad and tragic times in their lives. There were a number of times he and family members would laugh until their bellies ached and tears would flow.

Alan was married to Carolyn Woods for 31 years when she passed in 2007 and his heart remained broken until they were reunited in Heaven. They had a son, Chris, and they all relocated to Charlotte, NC from Raymond, MS one year after his son Randy’s death, which was a tremendous and devastating loss.

He always had a love for music and built an amp for his brother in laws’ rock band. His daughter recalls making hera newsboy cap out of blue jeans and wearing it while they danced to "Jungle Boogie" in the middle of the family room. He would often record albums on 8 track tapes and illustrate the labels.  Later in life, he enjoyed the music of Tom Petty, Kurt Cobain and Bob Dylan. He and Chris went to see Tom Petty shortly after moving to Charlotte. His last concert was Bob Dylan when Chris took him on his birthday. He said "after liking Bob Dylan all of his life, he finally got to see him in concert and didn’t need to go to another”.

Alan also leaves behind his beloved and faithful companion, his Boxer Maggie May. She was his second rescue and third Boxer. He rescued her but she rescued him after his last remaining sibling Jim passed away.

Alan made sure his children had a firm foundation in the church beginning with Tanya and Randy being baptized as children at Our Redeemer Lutheran Church. He and Carolyn were married at Trinity United Methodist Church. He taught Sunday school early in their marriage and Chris also served as an acolyte.

He will be interred at Gethsemane Cemetery in Charlotte, NC at a private graveside service. In lieu of flowers donations may be made to the Susan G. Komen fund and Elton John AIDS Foundation.

To order memorial trees or send flowers to the family in memory of Simon Alan Brieger, please visit our flower store.