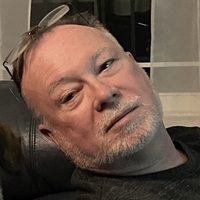 Steve met his wife Noreen (Hoague) in 1st grade and they became classmates and friends quickly. Then, they started dating when they were 14, and married on June 29, 1974, at the age of 18. In the early 80's they moved to New Jersey, four years later to New York and then in 1991 moved to Huntersville, NC.

Steve & Noreen graduated East Providence High School (RI) in 1973. Steve went to Rhode Island College and graduated in 1977 with a B.A. in Psychology. He started his career with Dupont in Rumford, RI after graduation as a Paper Color Lab Technician. After a few years he was a Colorist Traveling Tech supporting US Paper Mills throughout the country. He then became the Manager of the Color Lab.

Next move was to Mobay Chemical in Union, NJ to manage their Color Lab. Four years later he switched to BASF in Albany, NY - again to run their Color Lab. BASF relocated the Color Lab to the Charlotte area in 1991. In 2003, he was downsized from BASF with a number of other employees.

In 2005 he got a job with REPI an Italian Manufacturer working in the Color Lab for textiles until he retired last September in 2021.

He was preceded in death by Lewis Brewer (Father) and Marilynn Brewer (Mother) both from East Providence, RI.

Steve also leaves many other family members, dear friends and fur babies (Zeus, Carly and Gracie) behind that will sadly miss him.

Steve is someone who loves to be around people and always runs into someone he knows even when on vacation. He's someone who always gets involved in something. He was never one to sit on the side lines when he could offer a helping hand or advice.

Steve also enjoys bowling, golfing and wood working. After moving to NC he got back into coaching. This time for youth bowling. He started coaching at University Lanes in Charlotte and then transferred to North Cross Lanes (now SpareTime Lanes) about a year after they opened in Huntersville, NC (now Spare Time). He has been coaching for so many years that he was now coaching the children of the children he had previously coached.

Visitation will be held on Sunday, November 6th from 4:00 pm to 7:00 pm at Raymer-Kepner Funeral Home, Huntersville.

Services for Steve Brewer will be held on Monday, November 7th from 10:00am-11:00am at Raymer-Kepner Funeral Home. in Huntersville, North Carolina.

Steve's favorite charity was the Humane Society of Charlotte.

In lieu of flowers, please consider making memorial donations to the Humane Society of Charlotte by mail at 1348 Parker Drive, Charlotte, NC 28208 or online at https://interland3.donorperfect.net/weblink/WebLink.aspx?name=hsc&id=73.

To order memorial trees or send flowers to the family in memory of Stephen Ricker Brewer, please visit our flower store.