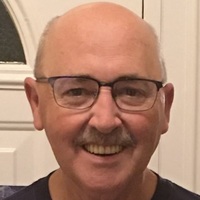 Steven graduated from Hedgesville High School in 1972. He started his career as a Warehouse Operator with Western Electric in 1976 and later retired from Nokia in 2009 after 33 years with the company.

Steven was best known for being an avid baseball player in his youth, hunting, fishing, golfing, bowling, and gardening.

Steven is preceded in death by his parents William and Lillian Brindle.

The service for Steven will be held at Raymer-Kepner Funeral Home in Huntersville, NC, on Sunday, October 9th, 2022, at 2pm with a reception to follow.

Memorial donations can be made in Steven's name to the American Diabetes Association.

To order memorial trees or send flowers to the family in memory of Steven Lee Brindle, please visit our flower store.