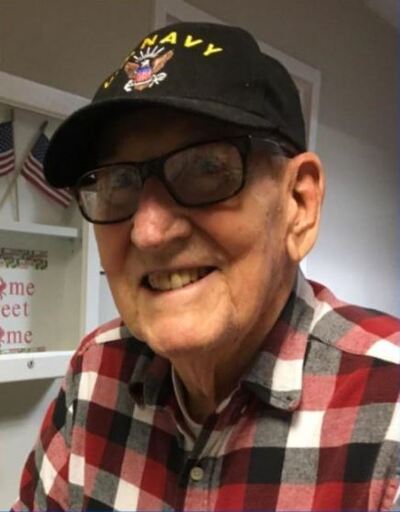 Tommy was born in Plains, PA to Henry Williams and Catherine Bowen Williams on May 10, 1926.

In addition to his father and mother, Tommy is preceded in death by his wife, Rose Marie H. Williams and his brother, Richard (Dick) Williams.

He is survived by his son Tom, his daughter Pattie Dickinson and his grandchildren Kevin Curran and Miranda Dickinson.

Tommy grew up in his parent’s home in Plains, PA. He attended Plains Primary and High School, and earned his Bachelors of Science degree in engineering at the Massachusetts Institute of Technology on a scholarship from the US Navy and earned his Juris Doctor from the Columbus School of Law. He was a member of the District of Columbia and Maryland State Bar Associations.

Tommy attended the Reserve Officer Training Candidate School at MIT and upon graduation and his 18th birthday in May 1944, was commissioned an ensign in the United States Navy and entered service in the European Theater of Operations during WWII. Tommy served on a Landing Ship Tank during the Invasion of Normandy as part of Operation Overlord and subsequently through the end of the war supplying the American Expeditionary Force through the port of Cherbourg in France. Tommy served in the post-war period ferrying ships back to the US and decommissioning them in various East Coast ports. He was honorably discharged from the Navy in 1948 as a Lieutenant.

After military service, Tommy gained employment with United Clay Industries in Washington DC, a supplier to the building industry, where he specialized in the design and installation of HVAC systems. There he met his wife of 62 years – Rose Marie, who worked for Carrier Corp, one of their suppliers. In the early 50s he started his own business with his partner Dick Ayers to form the Ayers-Williams Company, an HVAC business in the NW suburbs of Washington DC. Tommy was highly regarded in the HVAC industry and was renowned for his ability to design and unobtrusively retrofit HVAC systems in some of MD and DC’s oldest and most prestigious buildings and homes. His highest praise was that no one noticed the presence of his installations, except for the comfort they provided.

Tommy and Rose Marie raised their family in their home of 45 years in Potomac, MD. In the early 70s during the recession and gas crisis, Tommy went to night school to earn his law degree and pass the bars of both MD and DC. He and Dick sold the HVAC business and Tommy formed his own law practice. Having made his fortune and secured his legacy, Tommy spent the remainder of his remarkable life focused on philanthropy, giving back to the community and helping his friends and family secure their own legacies. He practiced law in MD and DC until his retirement from the bar, doing mostly pro-bono work and wills and estate planning for his family and friends. Tommy and Rose Marie lived out their later years at their dream home on the water in St Mary’s county MD, Rose Marie’s ancestral home. They spent their final years in Charlotte, NC.

Tommy was an avid golfer and was a member of Bethesda, Lakewood, Congressional and Columbia Country Clubs at various times throughout the 50s, 60s and 70s. But he most enjoyed his days with the senior blitz at Wicomico Shores. He was also an avid fisherman and spent countless hours on the Chesapeake and offshore out of Ocean City, MD with legendary Captain Taft Tippet. He placed in the Ocean City Marlin Tournament (before it became the White Marlin Open) with a 112 pound white. He also excelled at tennis, ice skating and ballroom dance. Perhaps his greatest love was music. He had a lovely voice and enjoyed singing the Lord’s praise in church and especially during the holidays.

Tommy touched so many lives with his cheerful, positive nature and gregarious, can-do attitude. He was extraordinarily generous with his time, talent and wisdom. He was truly a member of the greatest generation and left the world a better place for his presence. He shall be dearly missed and fondly remembered by all who knew him.

Due to present circumstances, no visitation shall be held. Memorial service and funeral service will be determined at a future date. Interment shall take place in Hollywood, MD on a future date.

In lieu of flowers, memorial donations may be made to The Alzheimer’s Association.

To order memorial trees or send flowers to the family in memory of Thomas Williams, please visit our flower store.