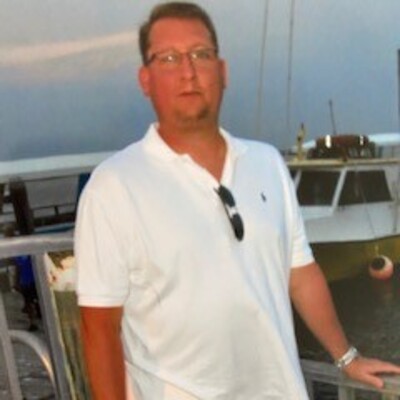 Todd Andrew Witt was an exceptional father, husband, son, and friend. He made his great debut on September 19th, 1969, and on January 24th, 2022 at the age of 52, he left this world to embark on a new journey.

He is survived and lovingly remembered by his mother, Nancy J. Williams; wife, Pamela; children, Priscilla and Nolan; brother, Shane Witt; and sisters, Shelly (Boone) Brackemyer and Susie Ottens-Holbrook (Scott) and stepmother, Deb Witt- Behrens (Ron). He is also survived by his many nieces, nephews, and extended family and many close friends. He was warmly welcomed into the afterlife by his father William P. Witt, and brother-in-law, Corey Ottens.

Todd was born in Clinton, Iowa to Nancy Williams and William (Bill) Witt. He was a proud Marine Corp Veteran who served in Operation Desert Shield/Storm and was devoted to supporting numerous veteran groups and causes. After his service, he earned his Bachelor of Science degree at the University of South Carolina, later earning his CFP® from NC State. He had over 20 years of experience in the Wealth Management industry and was passionate about helping his clients accomplish their personal and financial goals.

When the weekdays ended, you would most likely find Todd unwinding on the couch, sipping on lime La Croix, and watching the Gamecocks or Chicago Bears football on the big screen. Although he loved to relax on lazy Sundays, he always made time to recharge outdoors. Todd loved finding solace in nature, and many people report seeing him “kickin’ sticks” on his hikes. If you didn’t think he could get anymore well-rounded, Todd was also a self-proclaimed old school rapper “TDubz”, wowing his audience after crushing every lyric to his favorite Beastie Boys track. Todd had an incredible sense of humor unlike any other. Remembering his wit and clever comebacks will continue to inspire and make us laugh.

Above all else, Todd’s greatest accomplishment was being a loving father and husband. To him, nothing took precedence over nurturing the relationships he had with the people closest to him. He loved nothing more than supporting his kids and wife and playing with his two loving dogs Sadie and Shiner. Everything Todd did in life he did wholeheartedly, and we will always be reminded of his level-headed and compassionate soul.

A memorial service will be held at Raymer-Kepner Funeral Home in Huntersville, NC on Saturday, February 5th. The family will receive friends and family from 2pm to 3pm and a celebration of his life will be held from 3pm to 4pm. Following the service, there will be a reception held at the home of Todd’s longtime friend, Christiaan Militello at 21500 Blakely Shores Drive, Cornelius, NC 28031. In lieu of flowers, please consider donating to one of the charities Todd regarded highly: The Isabella Santos Foundation, Veterans of Foreign Wars, and/or Team Rubicon.

To order memorial trees or send flowers to the family in memory of Todd Andrew Witt, please visit our flower store.