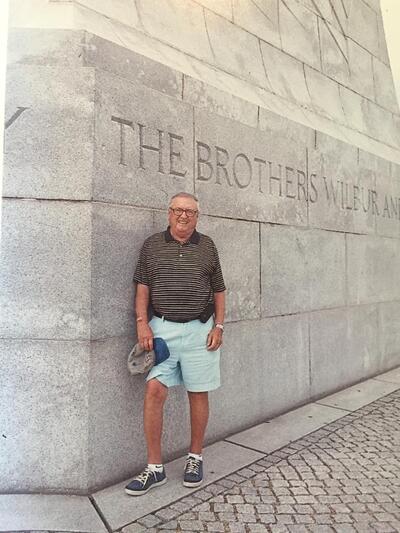 Bill began his career as an electrical engineering draftsman and soon became a licensed professional engineer for Odell Associates.  He later helped establish the firm of FWA Engineers, which is a part of the architectural firm of Ferebee, Walters and Associates.

In 1981, Bill found his true calling when he began his 27-year career with Robert W. Chapman & Co. as a division manager.  He later became vice president and served on the Board of Directors.  He retired in 2009.  Bill was a lifetime member of the Carolinas Electrical Contractors Association and he treasured his lasting friendships with business associates after retirement.

Bill married Cindy Garrett in 2007 and together they shared a love of golf, travel, and getting together with friends. Cindy's children, Philip and Christine, and her grandchildren Alex, Shelby, Julia, and Jackson were an additional source of love and support during their many years together.

Throughout his life, Bill enjoyed the beach, boating, and playing golf especially with his four sons, with whom he was incredibly close.  Later in life, he enjoyed spending time with his five grandchildren, all of whom brought him great joy. Time with them was very precious to Bill.

Visitation will be held from 10am until 12pm on Tuesday, March 9, 2021 at Raymer-Kepner Funeral Home, Huntersville. A Graveside Service will follow at Forest Lawn West in Charlotte at 1pm.

To order memorial trees or send flowers to the family in memory of William Joseph Cobb, Jr., please visit our flower store.